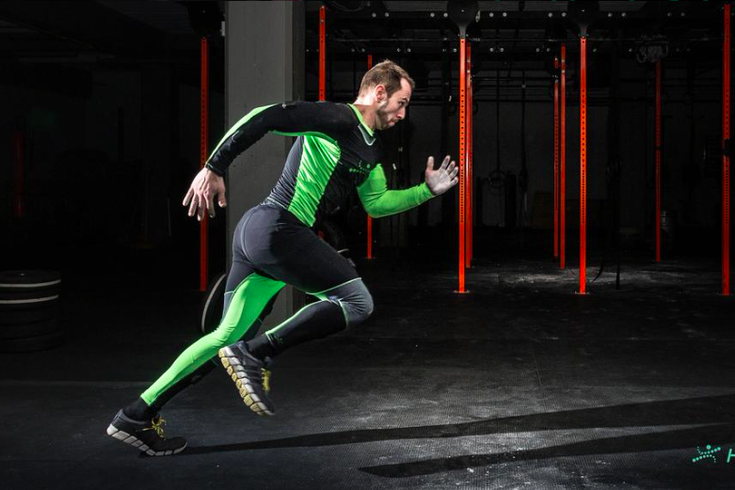 Athletes and fitness fanatics are showing their appreciation for their fitness coaches this March in celebration of National Athletic Training Month. But what if your trainer was actually a piece of clothing?

Heddoko, founded in May 2014 in Montreal, is a compression garment that continuously tracks your body movement in 3-D in order to guide you toward optimal performance and prevent injury.

Heddoko detects incorrect movements and offers suggestions to alleviate the chance of injury and optimize performance.

The company announced in January that it has partnered with two powerhouse tech companies: StretchSense and Nod Labs. Founder Mazen Elbawab is an experienced developer with experience in gaming and motion capture.

Heddoko has attracted attention worldwide. The company was recognized in February in the Innovation World Cup at the Wearable Technologies Conference in Munich.

While the technology is still in the prototype phase, and there is no word yet on pricing, Heddoko said it plans to launch a crowdfunding campaign this summer.