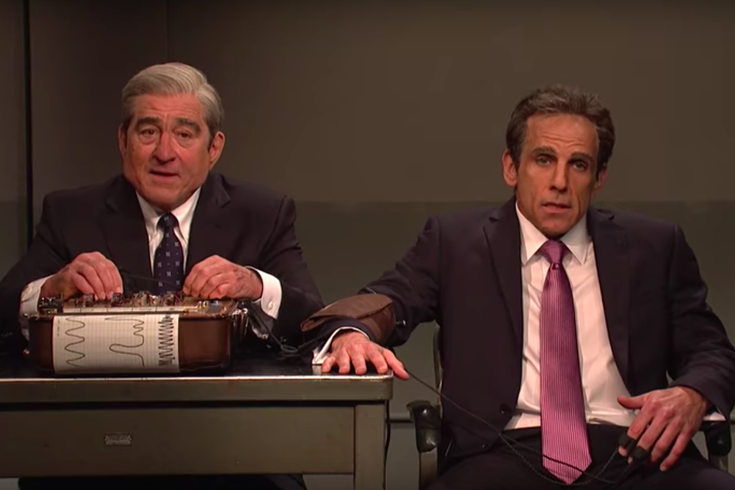 Comedian John Mulaney returned to "Saturday Night Live" this weekend, hosting the show he used to write for. Here are the highlights of Saturday's show:

Mulaney is a drag queen waitress who has a personal vendetta against one of his customers.

Never order lobster in a diner, or else things might get musical.

A Hollywood producer explains his disastrous sitcom that focused on a very taboo plotline.

A man explains to his girlfriend his decision to have his horns removed.

A student can't participate in a school protest over gun violence because of a very specific problem.

Watch a promo for a reality television show that's only about the introductions.