Luxury phone dazzles, but is 4K practical on a smartphone? 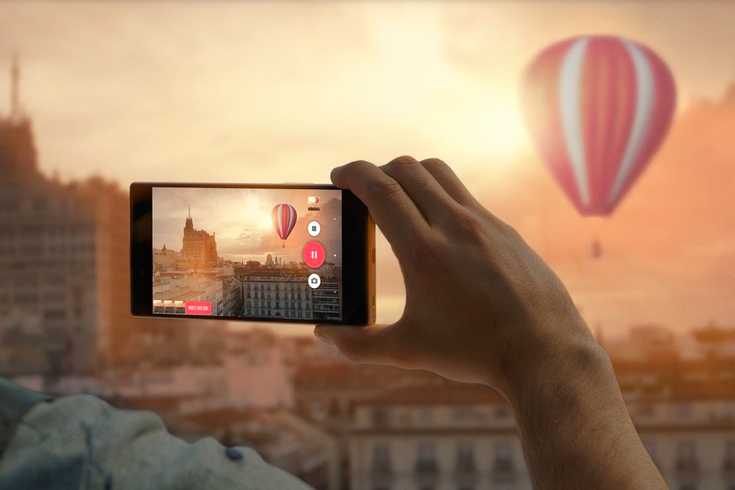 The Sony Xperia Z5 Premium, available in November 2015, is the world's first smartphone with the capability to both shoot and play back footage.

In a world where Samsung and Apple products dominate smartphone sales by a sizeable margin, other device makers are compelled to innovate at an accelerated pace in order to appeal to consumers and carve out a profitable place in the market.

Earlier versions of Sony's Xperia Z series, while available in different sizes and spec levels, have failed to catch and left the company's division sputtering at a loss of $1 million per day just to stay afloat over the past year, according to Engadget.

Sony's philosophy has been to make an impact with high-end devices, and with the release of new information about its upcoming Xperia Z5 series, it appears the company's mobile division is sticking to that strategy.

The company announced that this year's headline model, the Xperia Z5 Premium, will be the world's first smartphone with a 4K display, The Verge reports. The 5.5-inch screen will provide a stunning pixel density of 806 ppi, more than twice the pixel density on Apple's 5.5-inch iPhone 6 Plus. Available in gold, black and chrome, the Z5 Premium will also include a 23-megapixel camera, a Snapdragon 810 64-bit processor, a fingerprint scanner and 3 GB of RAM.

Two companion devices, a standard Z5 and the pocket-friendly Z5 Compact, will also join the company's Xperia family, including the same advanced camera that Sony claims has the fastest autofocus on the market.

In the immediate term, however, the attention-grabbing 4K announcement has sparked questions about the usefulness of the display format when there currently isn't a plentiful supply of 4K content. While the Z5 Premium will be the first smartphone that can both shoot and play back 4K footage, as well as upscale other video quality formats, CNET openly wonders whether it's too soon, and potentially too energy intensive, to be practical on a smartphone:

The big question is whether there's any actual benefit in having a 4K phone. A vast amount of extra detail in a huge TV is one thing, but it's open to debate whether at this smaller size you'll actually be able to see the difference between 4K video and high definition video, which is already pretty pleasing to the eye...

One of 4K's selling points is that it future-proofs you for when 4K becomes the industry standard. This is certainly true when buying a TV, as you're likely to keep a TV for a few years and you want to know it will be able to keep pace with advances. But it's less relevant when buying a phone, which you're likely to change in a year or two.

The bigger issue is the impact 4K may have on battery life. Sony claims that its powerful 3,430mAH battery, which includes extended standby and stamina modes, can support the power-heavy screen and memory-intensive video format. That remains to be proven, but for those most serious about using the 4K feature, the Z5 Premium can take a memory card up to 200MB, which holds up 16 hours of full HD video, for comparison.

All of these concerns notwithstanding, Sony's experience developing high-end cameras and its ambition to showcase the ultra-vivid 4K future are grounds for excitement as the company looks to rebound.

The standard Z5 and Z5 Compact will be globally available in October and the Z5 Premium will launch the following month. Sony has struggled to attract the attention of U.S. mobile carriers, but as Engadget notes, if 4K doesn't interest the likes of AT&T, Verizon, Sprint, and T-Mobile, it's unlikely that anything will.