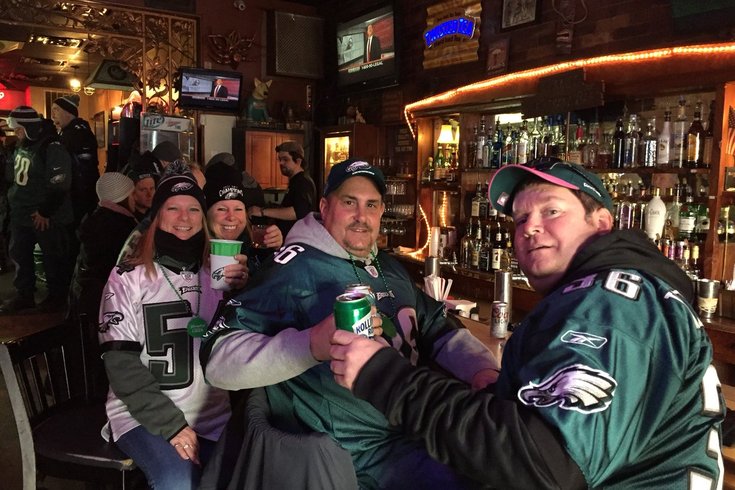 South Philly bars were jumping early in the morning Thursday for the Eagles Super Bowl parade.

Chris Miller, Mark Kolb, Karen Thiel and Jan Baffa arrived at Bonnie's Capistrano at 7:30 a.m. Over beers, they laughed about a New England fan who apparently got a "Super Bowl champs 2018" tattoo before the Eagles defeated the Patriots.

Luckily, Thiel and Baffa, of Havertown, had a friend holding their spot on Broad Street to view the parade. They planned on showing up "eventually."

Miller and Kolb, of Whitehall, expressed disgust over the "dumb s***" from their hometown who punched a horse, giving their place of residence a bad name. They were happy, however, to find a bar open this early, a process that allegedly took a long time before they asked a mailman where they could drink so early.

Over at Michael's Place on 12th and Mifflin, Adam Kardisco, 32, bought everyone in the bar a round to celebrate the Birds' big win. The favor was returned by another Adam, wearing a Randall Cunningham jersey at the end of the bar, who said he had to because it was a fellow Adam. 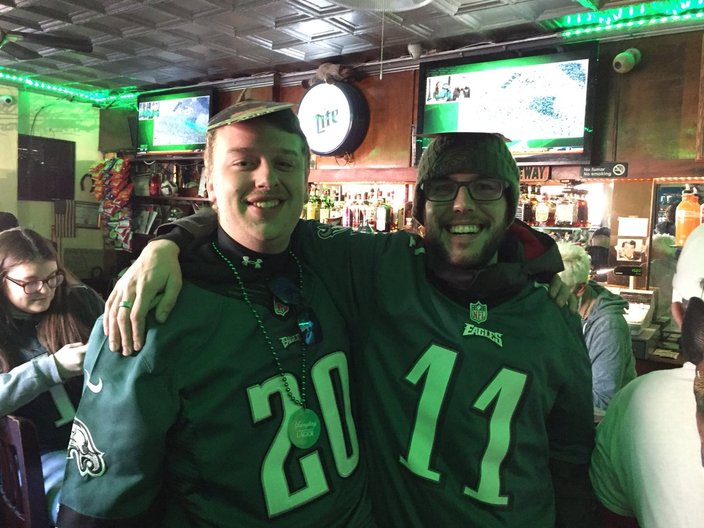 Kardisco, originally of Central Pennsylvania but now a West Virginia resident, got emotional talking about the season. He talked about buying his Carson Wentz jersey during a business trip in Boise, Idaho, last season because he couldn't enjoy the games with fellow Eagles fans.


"It's everything to me," he said, remembering how he told his four-year-old niece about the Super Bowl win the day after it happened.

Kardisco's friend, Pat Koogle, a 24-year-old resident of Maryland, regaled bar patrons with memories of the unforgettable Eagles season, like when Wentz escaped being sacked and ran for a first down during the Monday night game against the Washington Redskins.

That sentiment was shared by many in South Philly preparing for the parade. There was still a sense of uncertainty, with everyone coming to grips with the fact that the Eagles won the Super Bowl. Holy s***, did it really happen?