Céline Domalski, 4, of Philly, was diagnosed with the rare genetic disease when she was six months old 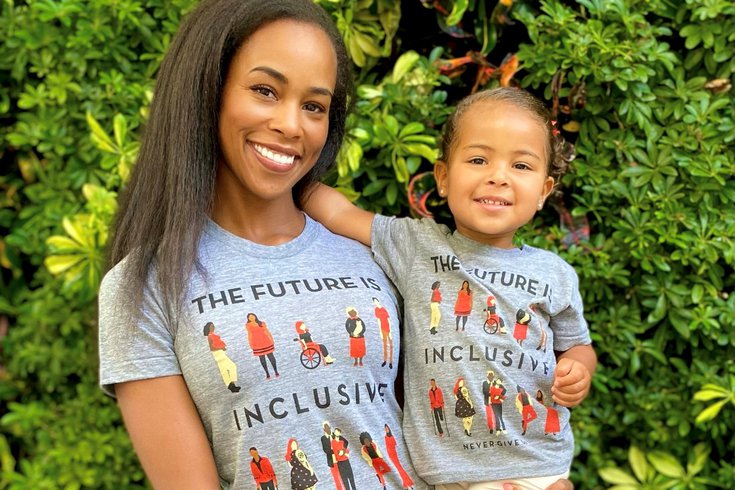 Mom and daughter duo Amber-Joi Watkins and Celine Domalski will walk in a fashion show ahead of New York Fashion Week on Sept. 8. The event highlights disability representation on the runway. Domalski was diagnosed with the most severe form of spinal muscular atrophy when she was 6 months old.

Though her parents were once told that she would never walk, 4-year-old Céline Domalski is preparing to make her runway debut ahead of New York Fashion Week.

Céline was just six months old when she was diagnosed with a severe form of spinal muscular atrophy — a rare genetic disorder that can lead to muscle weakness and respiratory failure. It impacts one out of every 10,000 people, and without treatment, has a life expectancy of less than two years.

Amber-Joi Watkins, a first-time mom who lives in Philadelphia, first noticed that Céline wasn't moving like other children during a mommy-and-me yoga class just after her daughter was born. When she saw her pediatrician for a 3-month check-up, Watkins was told all children develop differently and that her baby was fine.

However, as Céline continued to develop, Watkins saw that she was losing muscle control, rather than gaining it. At her daughter's 6-month visit, she saw a different pediatrician, who noticed the tell-tale signs of SMA and told Watkins to take her child to a neurologist at the Children's Hospital of Philadelphia as soon as possible.

A doctor there officially diagnosed Céline with SMA type 1, the most severe form of the disease. It's typically associated with diminished limb movements, difficulties with swallowing and feeding, and impaired breathing.

"Spinal muscular atrophy impacts all of the muscles in the body, so it effects your ability to walk, to breathe, to eat," said Watkins. "We caught Celine's SMA before it got really drastic, so she was still eating and breathing independently. At the same time, her doctor told us there were new medications we could try."

Thanks to the SMA experts and special practitioners at CHOP, Céline was able to be treated one week after her diagnosis. Now, at 4-years-old, she is able to walk, breathe and eat independently, and experience a full life with her family.

Since beginning Céline's treatments and starting this journey, Watkins has been vocal in her support for SMA treatments and research. She frequently talks with other moms and parents who are raising children with the disease, particularly through SMA My Way, a program sponsored by biotechnology company Genentech. 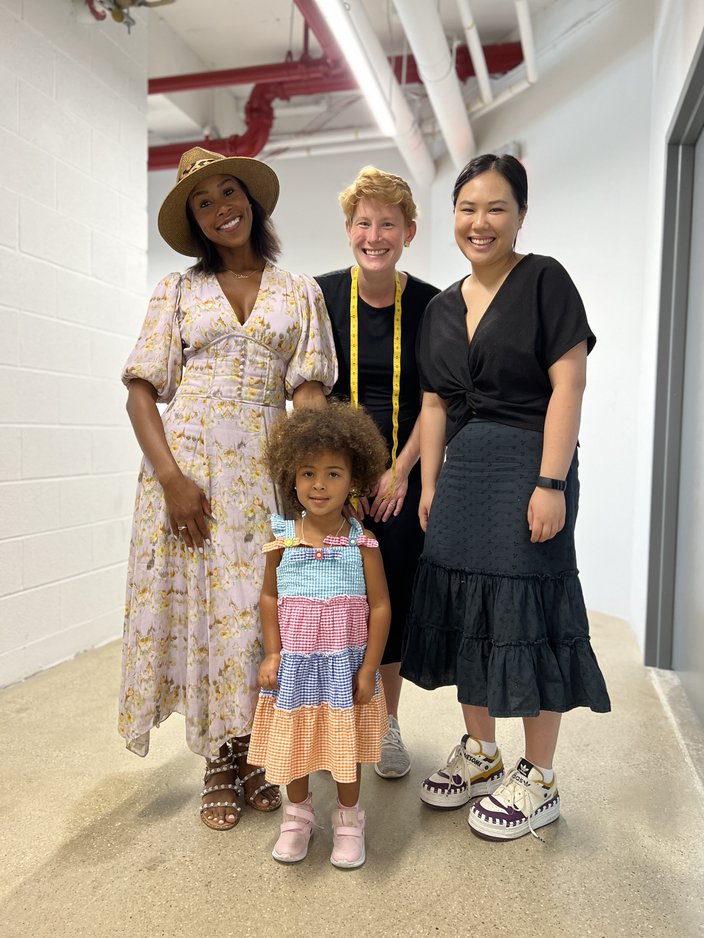 "Any mom has a very busy life raising their kids, and when you add any sort of special need into it, things get more complex," said Watkins. "I started blogging (with SMA My Way) to share some insight about our lives, like how we deal with physical therapy, adapting clothing and our lifestyle."

Genentech is also the sponsor of Double Take, the first-of-its-kind fashion show Céline and Watkins will participate in. The event aims to increase disability representation in fashion and champion adaptive clothing. Participants worked with designers at Open Style Lab, a nonprofit organization that creates functional and alterable pieces for people with disabilities.

The show, which takes place on Thursday, Sept. 8 at 10 a.m., wants to encourage its viewers to do a "double take," focusing on the fashion instead of on the disability of its models.

"Céline is in a very unique position with her SMA, and so she doesn't need as many modifications as a typical SMA patient may need," Watkins said. "In her case, she's very petite and it's really hard to find clothes that fit her. Open Style Labs adapted Céline's custom outfit so that we can change the length and size of it as she grows."

Watkins said that Double Take is meant to show viewers that people with disabilities deserve and have a place in the fashion industry.

Though Céline's treatment for her SMA has been successful, Watkins wants to use her platform to help other parents understand the benefits of medical treatment. Over the last four years, Watkins and her husband, Tommy Domalski, started the SMA research fund at CHOP in order to support medical advancements in the understanding and treatment of SMA and other rare genetic disorders.

The couple has since donated $100,000 to the cause and Watkins hopes that the funding will enable the hospital to enhance its SMA treatment facilities and help more children living with the disease.

Those who want to check out Double Take can watch a livestream of the show, or an on-demand video during NYFW.