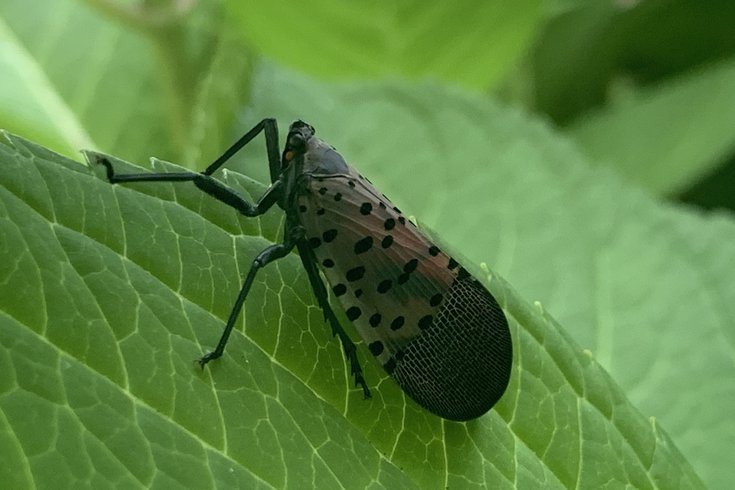 A new study from Penn State shows when it is most effective to spray insecticides, and what kind, to eliminate spotted lanternflies.

New research conducted on spotted lanternflies may provide helpful insights on preventing the population of invasive insects in Pennsylvania from growing even bigger.

If the spotted lanternfly population continues to grow and cause damage to native plants, the species could create $324 million in annual economic losses. The bugs could also threaten to destroy around 2,800 jobs.

That's why finding new ways to exterminate the insects native to Asia is extremely valuable.

The species has also proven extremely difficult to control, due to their "life cycle and the complexities of its preferred environments," Dean of the College of Agricultural Sciences at Penn State Rick Roush said.

"As in our past research, we learned quite a lot about spotted lanternflies, including how to estimate their numbers after the various treatments used to try to control it, which is very difficult for this pest," Roush said.

The Penn State study said that when insecticides were applied to plants earlier in the year, during the springtime -- when lanternfly eggs are beginning to hatch -- extermination is more effective.

Scientists then applied different insecticides in areas known to contain the bugs. The study took place over the past summer at Blue Marsh Lake Recreation Area located in Reading, PA. It continued research that began at Montgomery County's Norristown Farm Park in 2019.

They also found that using synthetic insecticides containing the ingredient "dinotefuran" made destroying the bugs even easier. Dinotefuran was found to reduce spotted lanternfly populations by 90% within 24 hours of its application. The insecticide then lasted for two weeks.

However, Penn State scientists are still eager to find a non-synthetic insecticide to use against the bugs.

"We are striving for an organic form of spotted lanternfly control but need to have an enhanced understanding of circumstances under which it will be most effective,” Dean Roush said.