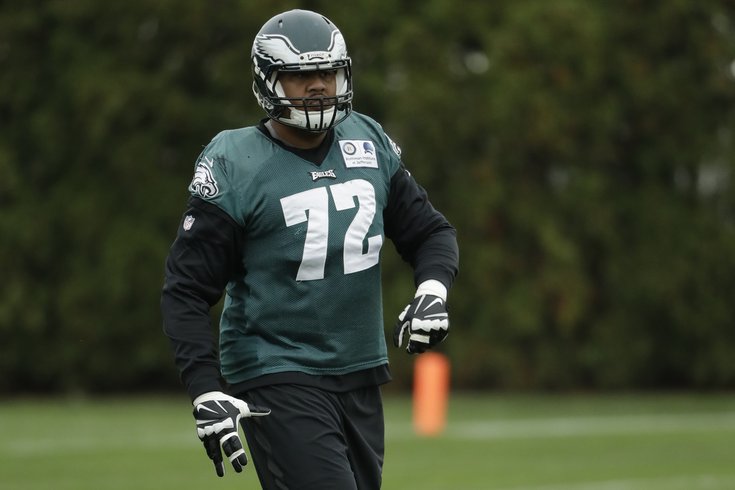 For the last few weeks, the injury updates provided by Eagles head coach Doug Pederson during his weekly day-after press conferences were hardly worth their own post.

But after falling to the Seahawks, 26-15, on Sunday, the list of injured players Pederson rattled off on Monday afternoon was not only long but included several key contributors to his 5-5 football team.

If you watched the game yesterday, you're probably going to be surprised by how many of the players who left the game with an injury are likely to suit up on Monday night when the Eagles host the Packers. Here's what Pederson had to say:

•  RB Ryan Mathews: “Ryan Mathews has a right knee [injury] and his is day-to-day.”

•  S Malcolm Jenkins: “Malcolm Jenkins just has a little knee bursitis. He’ll be fine. He came in this morning a little sore behind the knee. But he’ll be OK.”

•  S Terrence Brooks and TE Zach Ertz “will be fine.”

Then there are some whose Week 12 status is a little more up in the air:

“It’s not displaced at all. It’s funny where it’s at, but it’s actually in a safe area. He’ll be okay for the game.”

•  CB Leodis McKelvin: “Leo is in the concussion protocol.”

And finally, the not so good news.

•  RT Halapoulivaati Vaitai: “Big V has an MCL sprain. His is more week-to-week so we’ll evaluate him later in the week obviously.”

So what does Vaitai's injury mean for the rest of the already shorthanded offensive line?

“Moving forward, it looks like we’ll go back to our preseason thought," Pederson said. "We'll move Allen [Barbre] over there and give him the week of reps over at right tackle and then you’ve got Wiz [Stefen Wisniewski] and Isaac [Seumalo] at the guard spot. And then keep Tobin available.”

The coach add that the first-team reps will go to Wisniewski, "but Isaac will get some reps too.”