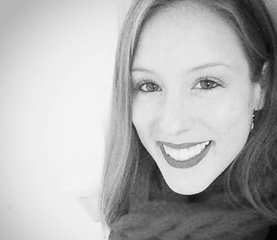 Elizabeth Licorish is a freelance writer and author from Philadelphia. She wrote and co-authored Innovation for Underdogs in 2008. In 2012, she wrote and edited Charles Manson Now. She received her MFA in creative writing from Rutgers University. Whenever she's not writing, draining chain cups of coffee, or cleaning the cookie crumbs out of her computer keyboard, she's either running in circles or sprawled out over her yoga mat.

Janet Benton's debut novel is a stunning look at the life of one 19th century Quaker woman fighting to survive as an unwed mother in a world that views unwed mothers as sinfully subhuman.

New Jersey author Lauren Grodstein’s Our Short History is the novel America needs right now. And not just because it’s political. But also because it’s apolitical. It is a story about finding humanity on the “other” side, whichever side that may be.

Meet the women of the #BellyJelly body positivity movement

Social media makes it easy to connect with exercise enthusiasts around the world. The camaraderie in these online fitness communities is ironclad. Instagrammers inspire each other with positive hashtags and motivational memes.

A recent Centers for Disease Control and Prevention study citing an increase in Cat Scratch Disease has incited a media frenzy, prompting headlines such as “Snuggling Up With Your Cat May Kill You Thanks To Cat-Scratch Disease.”

The adventures of wearing my underwear to the beach

I will admit, it was a little weird stripping down to my skivvies in broad daylight.

Thanks to Pokémon Go, my mom will finally exercise with me

We all need different levels of motivation to exercise.

Record high temperatures are forcing many of Philadelphia’s athletes to rethink their summer training.

The sport of running is growing exponentially and becoming increasingly diverse. But, whether you’re an elite athlete or a weekend warrior, chances are, if you’re a runner, you’re more than a little Type A. Those who fall in love with running are drawn to a sport that rewards the relentless pursuit of self-improvement, whether that’s running longer, faster, or farther than ever before.

Body positive burlesque dancer, Lillian Bustle, will inspire women to say ‘yes’ to their bodies at the 2016 Philadelphia Burlesque Festival
previous Page 2 of 4 next