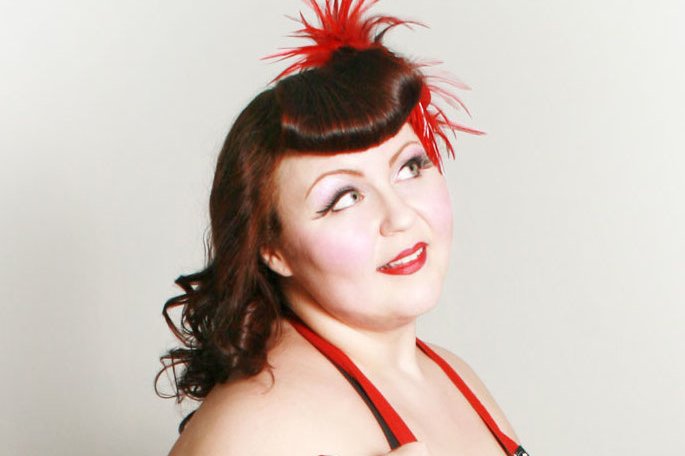 Fat-shaming is civilized society’s last acceptable form of prejudice. While racism, ageism, and sexism still run rampant, most of us condemn bigotry, so long as it pertains to qualities we believe people “cannot help” or were “born with." Body discrimination is more insidious, because many people believe it’s a form of tough love. We see obesity as a choice, a moral failing, a blatant disregard for health. If we could just convince fat people they’re unhealthy, unmotivated, and unattractive, we think, they would “shape up,” so to speak, and maybe even thank us for it.

Because public humiliation, deprivation diets and extreme exercise routines have become the cornerstone of our war against obesity, we’re all the biggest losers. Research shows weight discrimination makes people gain more weight, as they endure excruciating shame and self-loathing.

Society tells us the only way to stay healthy and lean is to say ‘no’ to our bodies, our impulses, our appetites. This approach works spectacularly well for the $61 billion weight loss and diet industry, which feeds on over 108 million Americans (of whom 85 percent are women), who yo-yo between an average of 4 to 5 failed weight-loss attempts each year. Eight million Americans (seven million women, one million men) have eating disorders, with numbers on the rise.

Since saying ‘no’ to our bodies has proved such an epic failure, burlesque star, Lillian Bustle, suggests we try saying ‘yes.’

The 37-year-old dancer’s latest traveling performance piece, ‘Yes,’ is a heart-wrenching plea for self-acceptance that’s elevated audiences to resounding applause at the same time it’s reduced them to tears. Taking the stage in a solemn black dressing gown, Bustle disrobes to reveal a body scrawled with the word ‘NO.’ The ink seems permanent, but it’s not; after wiping away the last trace of body hatred, Bustle’s skin is a clean canvas. She rewrites the story of her life with the word ‘YES,’ across her chest, then invites spectators to do the same along her arms, legs, and abdomen – all the body parts women are groomed to hate.

Bustle, always a self-described “chubby kid,” told PhillyVoice she never fit the mainstream size 0 ideal, but it wasn’t until family, friends and authority figures at school deemed her body unacceptable that she felt uncomfortable in her own skin. She remembers the first time she felt pressure to say ‘no’ to her body, and the ensuing humiliation.

“I remember going to get an extra piece of candy and my mother and sister singing this song that went ‘Fat fat the water rat!’ I remember being surprised on several levels. I didn’t realize that what I was doing was unacceptable to anyone in any way. I thought the song was stupid. And I was shocked that they could be so mean – that they would sing a taunting song about my body, all because I wanted another piece of candy.”

Bustle says the effect snowballed as she got older.

“Before then, I danced and did baton, but as soon as I started to feel body shame, all that disappeared. Afterward, I remember the only time I could really enjoy moving my body was when I was swimming underwater, and even then I had to wear a t-shirt.” 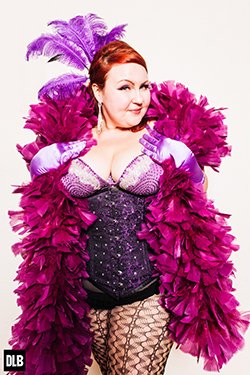 “My mom would have us go on grapefruit diets. We’d eat grapefruit for a week, and then she would just break down and buy Oreos.”

Bustle’s strained relationship with weight, body image and food only intensified when she moved to New York to pursue a career in musical theater.

“At my biggest, I was about 280 pounds. Then I went on Atkins and dropped about a hundred pounds in a year. I thought I would finally get the roles I was hoping for. I thought, ‘Well, now I’m thin enough to be the fat best friend.’ And then my father, grandmother, and mother passed away within the span of a few years. I had been tricking myself into believing this incredibly strict eating plan was a sustainable way of life. It was not.”

After suffering so much loss, Bustle gained the weight right back.

She took up burlesque dancing when musical theater failed to provide sincere, character-driven roles for plus-size women who don’t want to play the fat best friend.

While Bustle believes there are still venues that won’t book plus size dancers, burlesque has provided her no shortage of opportunities. As a dancer, she gets to run her own show. The response has been overwhelmingly positive.

“I have yet to have anyone say anything negative to my face. It’s totally mind blowing. Sometimes, men come up to me after shows, very respectfully, and say something like, ‘You know, my wife looks a lot like you and I wish she could see you perform, because I tell her all the time how beautiful she is and I just don’t think she’ll ever believe me until she sees somebody else doing this.’”

Bustle says the demand for burlesque is growing, especially in urban areas like New York, where she attended The New York School of Burlesque.

“The fact that there’s such a huge audience for this is very telling. People have been starved of these experiences, from seeing someone up on stage with a body they relate to, sharing an experience they relate to.”

Bustle’s bringing the universal experience of enduring body shame to The Philadelphia Burlesque Festival, running May 19-22 at the Plays & Players Theatre, where she’ll be performing ‘Yes.’ She says the goal is to inspire women and men alike to say ‘yes’ to their bodies and establish a new, more inclusive standard of beauty.

For Bustle, it’s the role of a lifetime.

“The last time I performed ‘Yes,’ I could hear people audibly crying. It really cracked my heart wide open. I feel more connected to the audience when I do that piece than I have with anything else I’ve ever performed.”