“Our bodies are so much stronger than we think they are” 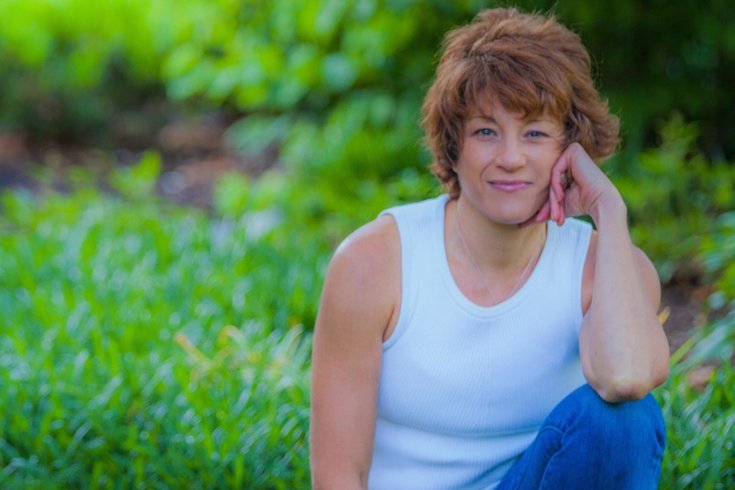 For all those goal-oriented runners obsessed with reaching faster speeds and racking up more weekly training miles, Cara Bradley suggests sometimes the best way to achieve your goals is to let go of expectations.

The sport of running is growing exponentially and becoming increasingly diverse. But, whether you’re an elite athlete or a weekend warrior, chances are, if you’re a runner, you’re more than a little Type A. Those who fall in love with running are drawn to a sport that rewards the relentless pursuit of self-improvement, whether that’s running longer, faster or farther than ever before.

You don’t have to be an Olympic champion to win the race against yourself. Which is why 40,000 runners will toe the line at the 2016 Broad Street Run, America’s largest 10-miler, hoping to set a new personal record, or “PR,” this Sunday.

They say “Running is 90 percent mental and 10 percent physical,” but that doesn’t mean you can’t overthink a race. In fact, when it comes to achieving peak performance, too much strategy and expectation can work against you.

According to Cara Bradley, professional mental strength coach and founder of Verge Yoga Center in Wayne, Pennsylvania, negative thoughts and emotions inhibit runners much more than tight hamstrings or a lack of fast-twitch muscle fibers.

A former competitive figure skater and college runner, Bradley devoted herself to harnessing the power of mindfulness after achieving what’s known as “flow state” during a personal record-breaking track race when she was 19. Since then, she’s built a career out of helping professional, collegiate, and recreational athletes transcend their perceived limitations to reach their full athletic potential.

Bradley has worked with Villanova’s football and basketball teams for 12 and 5 years, respectively, sharpening players’ mental edge on the court and on the field. Her new book, On the Verge: Wake Up, Show Up, and Shine, brings mindfulness training to the masses, so anyone can learn to boost their mental and physical strength.

“I had this experience where I tapped into strength I’d never had as a skater or a runner,” Bradley says about the last race of her college track career, when she surprised her teammates and herself by shattering a longstanding personal record.

“Going forward, I started to really study how we can tap into our potential. That’s when I started bringing this message to athletes: When we can settle our busy minds and shift beyond doubt and fear, we truly step into a space where the potential we had all along is waiting for us.”

According to Bradley, when it comes to running longer distance races, like the Broad Street Run, the mind tries to quit long before the body.

“It’s our minds that say, ‘This is too much. I’m done. Start walking. Take a break. Turn around.’ Meanwhile, our bodies are so much stronger than we think they are. The trick to tapping into this hidden physical strength is to find a way to stop ourselves from thinking all the time.”

While negative emotions are normal and serve several practical, protective purposes, Bradley says they do runners no favors during a race. And, while it’s impossible to stop self-defeating thoughts from popping up, especially during those last few grueling miles, it is possible to control them, simply by recognizing them for what they are.

This, says Bradley, is the whole point of mindfulness: being able to notice where you are in the present moment.

“Once you’re able to say to yourself, ‘Here comes doubt again,’ you’ve already weakened its ability to take over your mind.”

Bradley says another great way to shake anxious thoughts during a race is to focus your attention on your breathing. Whenever your mind and body feel overwhelmed, the simple act of matching your breath with your stride can work like a physical reset button that helps runners find a second wind.

“When you can synchronize or harmonize your breath with your cadence, it has a very soothing effect on all of your systems - your nervous system relaxes, your heart rate becomes more consistent — and this elicits a feeling of well-being and clarity.”

For all those goal-oriented runners obsessed with reaching faster speeds and racking up more weekly training miles, Bradley suggests sometimes the best way to achieve your goals is to let go of expectations.

“There’s value to having goals, for sure, but you also have to recognize that that’s just another part of your mental pattern. We all carry around different mental habits and our mental habits really dictate our lives. But, if you go into a race with a clear mind, not necessarily harping on expectation, and you run from a clear space — that’s where you’ll access your true strength and grit.”

Self-doubt is the enemy of success, but Bradley believes we’re all groomed to underestimate ourselves from birth. We’re coached to be “realistic,” encouraged to “reach for the moon,” only so long as we’re content to land among the stars. Runners, especially, are quick to place limitations on their abilities. “I’m not built like a runner,” is perhaps the most common runner’s lament.

While it’s important not to take a race out too fast, Bradley encourages runners to show up at the starting line of this year’s Broad Street Run imagining they’re faster and stronger than they think. After all, if the mind can be our worst enemy, it can also be our strongest ally.

It should follow, Bradley says, that running your best race could be as simple as being open to possibilities.

Cara Bradley will be reading and signing copies of On the Verge: Wake Up, Show Up, and Shine at Chester County Book Company on Wednesday, May 4, 7 p.m.