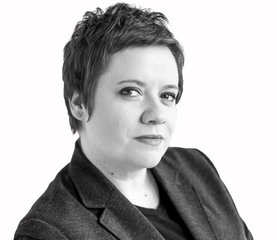 In what many are calling one of the most dramatic government efforts to roll back protections for transgender people in the United States, a memo first reported by The New York Times this weekend revealed that the Trump administration may be working to revise the legal definition of gender by essentially negating claims of gender identity in favor of biological determinations.

Created in collaboration with students from Mural Arts Philadelphia’s Art Education program, world-known D.J. and Philly’s native son King Britt, along with artist Joshua Mays, teamed up to create a new sound and visual experience that challenges everything we may have thought we knew about public art. Called “Dreams, Diaspora and Destiny,” this futuristic multimedia experience is helping to define the future of Mural Arts in Philly.

When Lauren and Wendy Nolan-Seller began remodeling their Philadelphia area home in 2010, they had no idea that in less than two years they would be operating their own interior design and home staging company.

The next big thing in Philly cuisine: meatless eats

Philly is fast becoming a vegetarian food capital thanks to popular eateries like Vedge, Hip City, Bar Bombon and V Street – each of which has each helped to put the city on the map in terms of plant-based delights. While most of these hot spots tend to attract an array of carnivores looking for the strange, not to mention herbivores hoping for a change from the same old salad and pasta dishes, truth is, a slew of restaurants that may be best known for meaty fare are striking out with tasty new plant-based dishes.

A Q&A with the Marble Faun of Grey Gardens legend

Jerry Torre talks about what it was like to work at the famous Grey Gardens, meeting Jackie O and the real women behind the legendary documentary that became a cult classic

A few new changes will accompany the launch of the 2018-19 Barrymore Awards season on July 1. The Barrymore Awards, produced by Theatre Philadelphia, spotlights top talent from the live stage throughout the region. And this year, Executive Director Leigh Goldenberg says that one of the most notable changes is removing gender identifiers from the award categories.

James, a singer/songwriter who makes his home in Philadelphia, kicked off summer and Gay Pride Month simultaneously by releasing his newest single and video, an ode to falling in love.

For Tabu, this means going from its current two-story 3,500 square-foot space to 12,000 square feet on three levels including a roof desk. For iCandy, it means closing doors on an admittedly tumultuous last few years rife with controversy and criticism.

In the first-ever LGBTQ State of the Union at the Kimmel Center on Tuesday night, Philadelphia’s leaders and community members filled the Perelman Theatre to hear from some of the most influential LGBTQ organizations in the region. With elected officials in attendance, including Councilman Derek Green, state Rep. Brian Sims and primary winner for State House Malcolm Kenyatta, Mayor Jim Kenney called it “a historic event.”