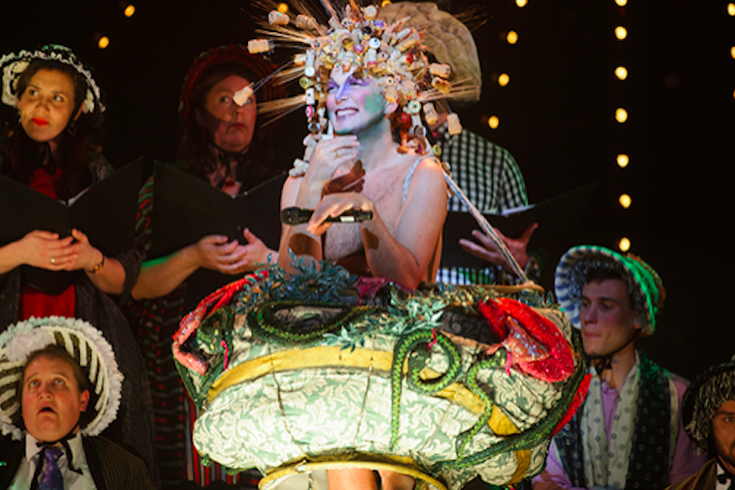 This season showcased many standout performances with gender non-binary performers and themes, like Taylor Mac’s “A 24-Decade History of Popular Music” that was performed non-stop over the course of two days this month during the Philadelphia International Festival of the Arts (PIFA).

A few new changes will accompany the launch of the 2018-19 Barrymore Awards season on July 1. The Barrymore Awards, produced by Theatre Philadelphia, spotlights top talent from the live stage throughout the region. And this year, Executive Director Leigh Goldenberg says that one of the most notable changes is removing gender identifiers from the award categories.

Each spring, Theatre Philadelphia’s Barrymore Oversight Committee selects a pool of judges and nominators to adjudicate the upcoming season of Barrymore-eligible productions. Nominators vote to make recommendations in categories ranging from performance and design to choreography, original music, new plays and direction.

“By removing gender identifiers from our awards,” Goldenberg tells PhillyVoice, “we are welcoming all artists, regardless of gender. And we are saying to the broader community of artists, administrators and audiences that theatre is a place for inclusivity and forward motion. We want everyone to be able to see themselves reflected on stage in some capacity, and that stage includes our annual Barrymore Awards ceremony.”

This season showcased many standout performances with gender non-binary performers and themes, like Taylor Mac’s “A 24-Decade History of Popular Music” that was performed non-stop over the course of two days this month during the Philadelphia International Festival of the Arts (PIFA).

Only the fourth theater community to make history

The impetus for this change came after Goldenberg attended the annual gathering of the Association of Performing Arts Service Organizations last spring, where she met Jacoba Knaapen from the Toronto Alliance for the Performing Arts. Knaapen, who runs Canada’s largest and oldest performing arts awards, had already restructured the honors up north to consider gender inclusivity to much success.

“From our initial conversation, I convened a group of about 10 different awards from around the country,” Goldenberg explains, “and we’ve been having regular calls and information sharing about what we’re working on. This very loose alliance of theatrical awards programs has been cheering each other on from afar in these announcements, and thinking further about how we can support each other and our broader communities in other efforts of inclusivity.”

As a result of the almost yearlong brainstorming sessions, Philadelphia’s theater community will be able to respectfully honor talent without pigeonholing artists into uncomfortable and, frankly, inaccurate categories. This is important in a few notable ways.

“One thing that drove the urgency to make the change for the current season is the number of gender non-binary performers in Barrymore-eligible shows this season,” Goldenberg said.

“We recognized that asking those individuals to put themselves in an actor or actress category was not only inaccurate, but harmful. We felt compelled to change something immediately that was explicitly exclusionary.”

To date, only three other American theater markets have announced gender-inclusive categories prior to Philly. 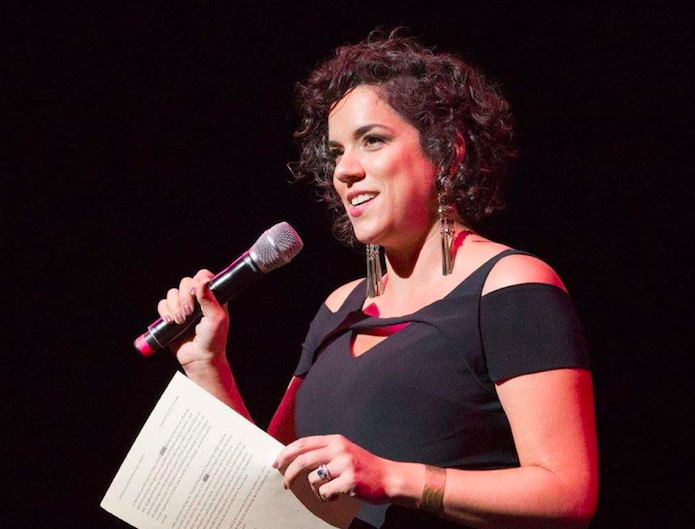 Leigh Goldenberg at the 2017 Barrymore Awards.

In addition to rethinking gender, Theatre Philadelphia has also examined its pool of Barrymore nominators and judges.

“We aim to ensure those viewing and judging the work on stage come from a variety of backgrounds reflective of our city’s population and of those artists telling the stories,” says Goldenberg, who embarked on a two-year process where the Diversity and Inclusion and Barrymore Oversight Committees actively recruited nominators and judges based on diversity and inclusion. The result is a change in the make-up of this key group of volunteers, something Goldenberg discussed candidly with PhillyVoice earlier this year in an examination of diversity challenges and successes in Philly’s theater         community.

If theater is here to lead and inspire change, this is just the start.”

“These changes come alongside anti-oppression and anti-bias training for our staff, board and volunteers to self-assess our personal and institutional practices,” says Goldenberg.

“If we can change who gets rewarded, we can change the conversation about what stories get told. And from there, which audience members see themselves on stage and find empowerment in their lives. If theater is here to lead and inspire change, this is just the start.”

Goldenberg admits that these changes certainly do not signal the end of the ongoing conversation about diversity in the local arts community, where people of color – mature performers and non-binary actors – often compete for a smattering of roles.

“Simply by being able to award gender non-binary individuals does not mean that they will be hired with more regularity,” she says, “though we hope it will encourage writers, directors and producers to recognize who is in the community alongside them.”