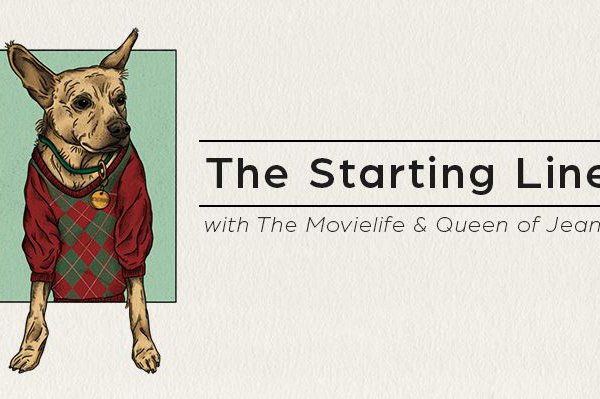 The Starting Line, a pop-punk band from Bucks County, is launching a mini-tour from the Franklin Music Hall on Friday.

The Starting Line, a pop-punk band from Churchville that found mainstream success in the early 2000s, is launching a two-stop mini-tour from Philadelphia this weekend.

After the band plays the Franklin Music Hall on Friday at 8:30 p.m., they'll drive to Sayreville, New Jersey, where they're playing the Starland Ballroom at 8 p.m. the following night.

The band is touring with the Movielife, a melodic hardcore act from Long Island, and Queen of Jeans, an indie band from Philly with a retro, atmospheric indie sound.

Tickets are available on the Franklin Music Hall's website. They cost $33.50 in advance or $38.50 at the door.

The headliner is best known for their big single "Best of Me," which was released in 2002 on their album "Say It Like You Mean It" through Drive Thru Records and has since been certified gold, meaning more than half a million units were sold.

The track starts with an understated acoustic rendition of the chorus before a quick snare fill sends the band into an energetic, octave-laden intro.

Then the song settles into its first verse, which features a twinkly electric guitar noodling over the band's pulsing rhythm section.

Producer Mark Trombino, a veteran of the hardcore punk scene, made sure the track's bass and rhythm guitar were pounding and full as a way to contrast the song's more saccharine tendencies. Bassist and frontman Kenny Vasoli's lyrics on the track are about girl troubles, a common trope for the band's early work.


"Best of Me" was released with an iconic music video where the band plays in front of a suburban home as a teenage boy desperately tries to get his love interest to come out. A cast of quirky characters show up and provide the teen with some off-color advice before it's revealed he'd been in front of the wrong house the entire time.

To scenesters at the time, their rise may have seemed sudden, but the band had really been around for about three years .

The earliest lineup was formed when Vasoli was just 14. Guitarist Matt Watts found his AOL Messenger profile and asked him to jam since they had a similar taste in music.

The band recorded an EP for underground punk label We the People, but shelved it after signing with Drive Thru in 2001. They released an EP titled "With Hopes of Starting Over…" that year, which contained an early version of the track 'Leaving,' perhaps their second most popular song.


Drive Thru had found previous success with New Found Glory, a band of Florida hardcore kids turned pop-punkers who went platinum with their album "Sticks and Stones" released in June 2002.

It was little more than a month later that "Say It Like You Mean It" was released, launching the young band into the mainstream.

On the success of "Say It Like You Mean It," the band signed with major label Geffen Records, and in 2005 they released their sophomore effort "Based on a True Story." The band brought a slightly more aggressive sound to the record.

The Starting Line left Geffen shortly after the album was released and quickly signed to Virgin Records who put out their album "Direction" in 2007.

Neither of these subsequent releases had the reach "Say It Like You Mean It" did, and in 2008 the band went on hiatus as Vasoli and keyboardist Brian Schmutz refocused on post-hardcore side project Person L.


The band released a few compilation albums of their old material and reunited for some shows in 2011. They've played several more since then, and in 2015 finally released new material for the first time in eight years.

"Anyways" is a three-song EP produced by Philadelphia engineer Will Yip who made his name recording a younger crop of Pennsylvania punk bands including Tigers Jaw, Title Fight and Balance and Composure.

As a result, the newest record has the same jangly, folksy tone many younger pop-oriented punk bands associated with the record label Run for Cover utilize.

Earlier this year the band reunited with Yip and re-recorded "Say It Like You Mean It," "Based on a True Story" and "Direction" in their entirety. The re-worked recordings are available on Spotify and other streaming services.