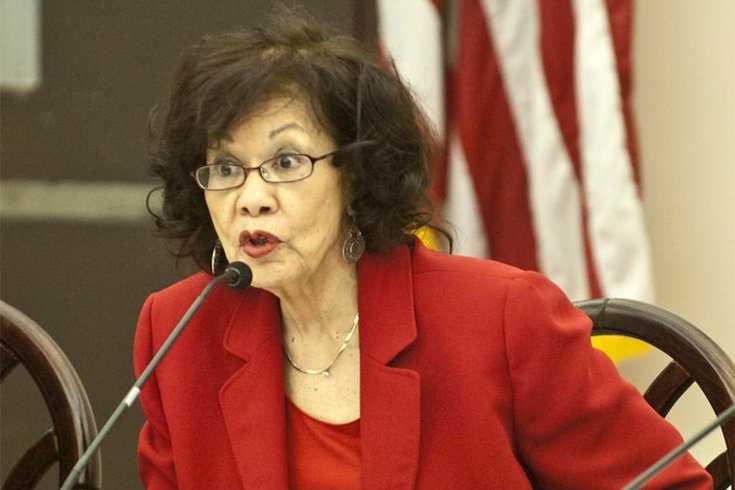 State Rep. Louise Bishop has agreed to give up her seat representing the 192nd Legislative District in Philadelphia.

Pennsylvania State Rep. Louise Williams Bishop of Philadelphia has agreed to resign from office after pleading no contest to a charge resulting from failing to report a $1,500 gift, District Attorney Seth Williams announced Wednesday.

Bishop pleaded to one count of statement of financial interest, a misdemeanor, in violation of the state Public Official and Employee Ethics Act. She will be placed on six months of probation, and pay $1,500 in restitution and $5,000 in prosecution costs.

“The withdrawal of the defense’s motion of selective prosecution based on race clearly shows that the investigation and prosecution of these elected officials was never based on race," Williams said in a statement. "The plea and subsequent conviction of Ms. Bishop shows that I have done what my office has been charged by the citizens of Philadelphia to do: fight corruption and make this city safe.

“Personally, today’s announcement has marked the end of a difficult chapter in this special investigation," Williams' statement continued, "because I’ve known Rep. Bishop since I was four years old and tremendously respect her and her work as a community leader, elected official, radio personality and member of the clergy, but she did the right thing today by not contesting the facts we presented in court and withdrawing her motion.”

Peruto on Wednesday emphasized that if Bishop serves out her probationary period without trouble, she will avoid a criminal record. He said he is "delighted" with the outcome considering Bishop "was facing a host of felony charges."

Asked if Bishop's favorable resolution was influenced, in part, by her past relationship with Williams, Peruto said he thought the opposite was true. "If anything, he went after her" more aggressively, Peruto said, crediting the positive outcome for his client to "negotiations."

Recorded evidence showed that Bishop, who represented the 192nd Legislative District, accepted and did not report a gift of $1,500, the district attorney's office said.

Bishop and five other elected officials from Philadelphia were implicated – for accepting money in exchange for political favors – in an undercover sting launched by the Pennsylvania Attorney General's Office. When Attorney General Kathleen Kane declined to bring charges against those implicated, Williams revived the case, filing charges against the officials. Also entering pleas:

• Thomasine Tynes, former President Judge of the Philadelphia Traffic Court, pleaded on Dec. 15, 2014 to conflict of interest and conspiracy charges. She was ordered to serve 11½ to 23 months in prison and pay $2,500 in prosecution costs.

• Former state Rep. Harold James pleaded on June 1, 2015, to one count of conflict of interest. He was ordered to pay $750 in restitution and $2,000 in prosecution costs, resign from office and was placed on 12 months of reporting probation.

• Former state Rep. Michelle Brownlee pleaded on June 1, 2015, to one count of conflict of interest. She was ordered to pay $2,000 in restitution and $3,500 in prosecution costs, resign from office and was placed on 18 months of reporting probation.

• Former state Rep. Ronald Waters pleaded on June 1, 2015, to nine counts of conflict of interest. He was ordered to pay $8,750 in restitution and $5,000 in prosecution costs, resign from office and was placed on 23 months of reporting probation.

The other elected official charged in the Williams investigation is state Rep. Vanessa Lowery Brown, whose next listed court date is Jan. 11.

Bishop's hearing Wednesday in Dauphin County was presided over by Court of Common Pleas Judge Scott Evans. Assistant District Attorneys Mark Gilson and Brad Bender prosecuted the elected officials as a result of the office’s special investigation and the grand jury’s recommendation of charges, the DA's office said.