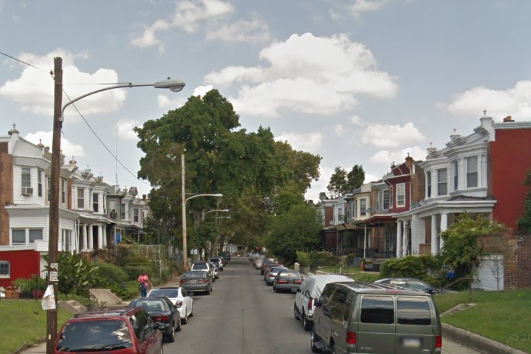 A stolen pit bull was found hanging Wednesday from a fence on the 5100 block of North Marvine Street in Philadelphia.

A female pit bull was found hanging by her own leash from a fence Wednesday in the Logan section of Philadelphia, according to multiple media reports.

The dog was discovered one day after she and her puppies were stolen from the yard of a home on the 5100 block of North Marvine Street, NBC10 reports.

The puppies remain missing and police do not have a suspect, according to 6ABC. Anyone with information can contact the Philadelphia SPCA's cruelty hotline at 866-601-SPCA.