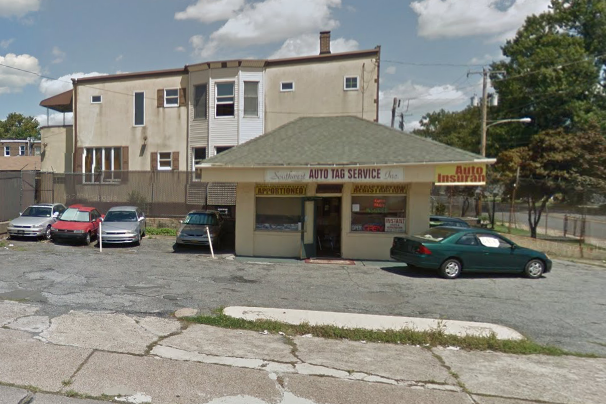 The owner of Southwest Auto Tags Services in Philadelphia was stabbed multiple times during an attempted robbery Thursday and his business was burglarized just two days later.

A man who was stabbed multiple times during an attempted robbery in Philadelphia Thursday had his business burglarized Saturday morning, according to reports.

According to 6 ABC, the Southwest Auto Tags Services on the 6200 block of Dicks Avenue was broken into by at least one suspect.

Police say they believe the incident is unrelated to the attack on the business owner, 63-year-old Patrick Spinosa, that occurred just two days earlier.

It was unclear what the suspect took. The owner's family has since had the business boarded up and likely won't open it again due to safety concerns.

Spinosa was stabbed at least 20 times during an attempted robbery at the business on Thursday.

Philadelphia Police Lt. John Walker described the aftermath of the incident at the now-shuttered business to NBC Philadelphia:

"It's a very violent scene, a lot of blood inside, a lot of overturned chairs, desks are moved around," Walker said.

While Spinosa suffered serious organ damage, he is expected to recover.