Straight Shooters: Why is Bill Goldberg the Universal Champion again? 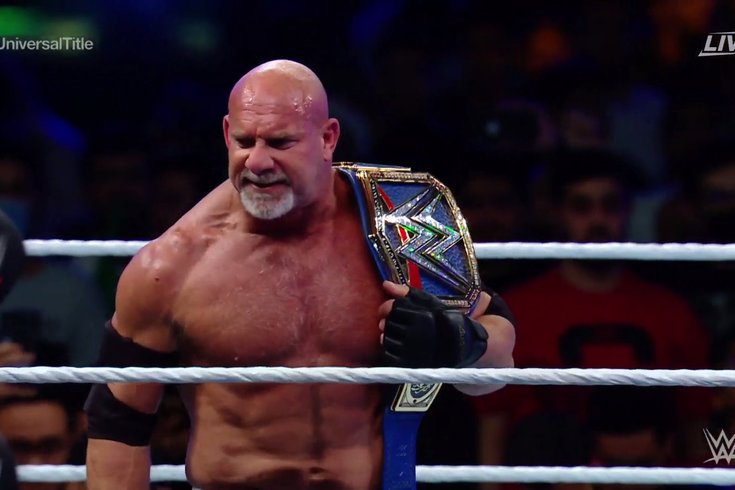 Bill Goldberg defeated "The Fiend" Bray Wyatt in Saudi Arabia Thursday, highlighting a Super Showdown event that featured egregious decision-making. From The Undertaker coming out to cost AJ Styles the Tuwaiq Trophy, to Brock Lesnar completely annihilating Ricochet, to Bill Goldberg now atop the WWE along with Lesnar as world champions — what year are we living in?

Nick Piccone (@nickpiccone) and Vaughn Johnson (@VaughnMJohnson) discuss the decision to put Goldberg over Wyatt and put the Universal Championship on him, the road to WrestleMania now that Goldberg is champion, whether a match with Roman Reigns is on the horizon or whether a certain 16-time champion might return to seize a World Title record all to himself.

AEW has been on fire in recent weeks, and the Dynamite on TNT go-home show on TNT to their Revolution pay-per-view on Feb. 29 was one of their best offerings yet. With the ratings this past week being down for both Dynamite and NXT, why is the bigger story the ratings dip NXT saw with Charlotte Flair main eventing and not the go-home show to AEW's biggest pay-per-view to date?