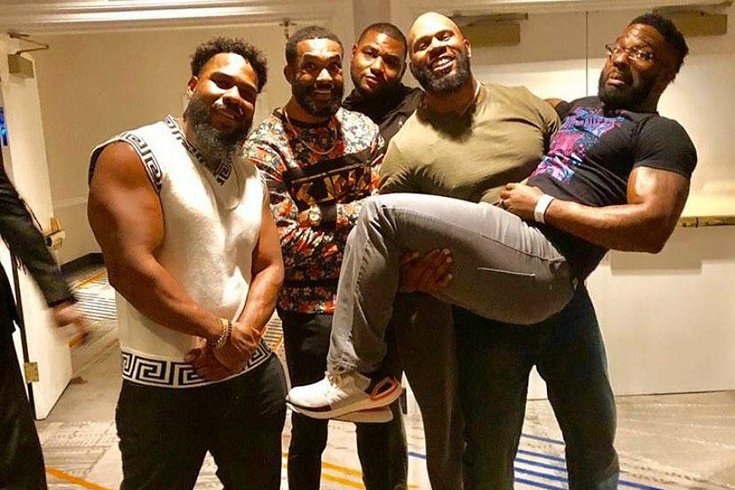 Shad Gaspard holds Cedric Alexander at an event, smiling like he always did.

Shad Gaspard tragically lost his life this past week, but in doing so saved his son from a similar fate. The man is a hero, in every sense of the word.

Nick Piccone (@nickpiccone) and Vaughn Johnson (@VaughnMJohnson) discuss Gaspard's life and what he meant as a former WWE wrestler, and most importantly, a husband and father. And what we can all take from the selfless act that ultimately took his life.

It has also been 21 years since Owen Hart tragically lost his life, and this week saw the season finale of Dark Side of the Ring, which focused on just that. With Owen's wife, Martha Hart, leading the charge for her family, we got a glimpse into what happened that night and what Martha and her children have been going through since that terrible event.

We wrap up the show with a special live commentary of Owen's WrestleMania X win against his brother, Bret Hart.

Also, listen to our latest Patreon offering, a classic episode featuring a rundown of Wing Bowl 24, which Nick covered live, Jim Cornette's thoughts on Lucha Underground, and a live commentary of the very first Halftime Heat battle between The Rock and Mankind in an empty arena - where Mankind wins his second WWF Championship! Only $1.99 to subscribe at patreon.com/shootersradio!