Millennials' risk of fatal stroke could be higher than past generations 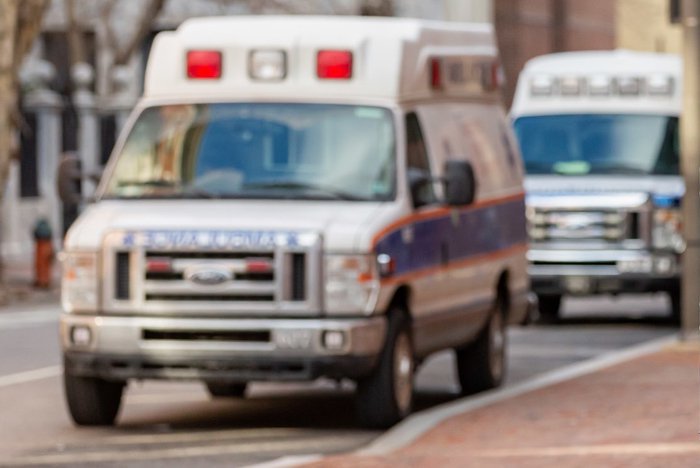 A Rutgers University analysis of stroke data in the United States found that the risk of a fatal stroke is rising among younger generations despite an overall decline in deaths among all age groups.

During the second half of the 20th century, the risk of dying from a stroke declined in the United States as medical providers placed increasing emphasis on smoking cessation and treating high blood pressure and other factors that damage blood flow to the brain.

Stroke remains a top five cause of death and disability in the U.S., claiming more than 160,000 lives in 2020. But progress in mitigating the risk of stroke deaths has stalled over the last decade among most demographic groups and states.

Though the vast majority of fatal strokes occur in people 65 and older, more people under 50 have been affected in recent decades, according to the American Heart Association. Health conditions such as obesity, high cholesterol, excessive drinking and diabetes are thought to be the main contributors to this trend.

A new analysis from researchers at Rutgers University shows that the rate of stroke fatalities among millennials is on track to increase as they age, relative to other generations, if preventative health measures are not adopted in the coming years.

The study, published in the International Journal of Epidemiology, analyzed data on stroke deaths in the U.S. between 1975 and 2019. Overall, the researchers found encouraging news.

Among all age groups, fatal strokes fell from 88 to 31 per 100,000 people among women and 112 to 39 per 100,000 people among men. The lifetime risk of stroke was only slightly higher in women than men, but strokes among women were more likely to be fatal. Among men over 55, the risk of a fatal stroke was more than double women's risk at the same age, but the disparity in fatality rates diminished as men and women aged.

The total decline in stroke deaths was less promising when adjusted for age, the researchers said. Ischemic strokes, the most common form that occurs when poor blood flow to the brain causes cell death, have become more prevalent among younger people.

"Starting around 1960, the later you were born, the higher your risk of suffering a fatal ischemic stroke at any particular age," said Cande Ananth, the study's lead author and an epidemiologist at Robert Wood Johnson Medical School.

The Rutgers study is the first stroke death analysis to divide patients by their birth years and the first to identify the steady rise in age-adjusted ischemic stroke risk from the late 1950s to the early 1990s.

Last year, the American Heart Association published a study that also found younger people are suffering more intracerebral hemorrhage strokes. These more deadly strokes — the second-most common — occur when the brain bleeds due to ruptured blood vessels. The AHA's study found an 11% increase in ICH strokes among all age groups, but they rose at a faster rate for adults under 65 than they did among adults 75 and older.

"From a public health perspective, these results are troubling and indicate risk factors are not being well managed in young adults in the U.S.," Dr. Karen Furie, chief of neurology at Rhode Island Hospital, told U.S. News & World Report. "Earlier onset of this disease is very alarming and indicates we need to be more aggressive with primary prevention."

Over the period of the Rutgers analysis, the overall risk of ischemic stroke fatality fell by 80% compared to a 65% decline in the rate of fatality for hemorrhagic strokes.

With growing risks among younger people, health researchers have said that more stroke-related preventative care and lifestyle adjustments are needed to reverse the current trend. That includes health care providers such as ER doctors, who are more likely to miss early signs of strokes in younger people who complain of dizziness and headaches. Younger people also must be more aware of the potential signs of a stroke and monitor their health.

When early signs of a stroke are missed in younger patients, the risk of long-term disability from a more serious event increases. About one-third of people who survive a stroke before age 50 are unable to live independently or need assistance with daily activities 10 years after the stroke, according to past AHA research.

"After nearly four decades of declining stroke-related mortality, the risk appears to be increasing in the United States," Ananth said. "Our research underscores the need for novel strategies to combat this alarming trend."