Study: lots of pesticides in produce

And why not to freak out about it 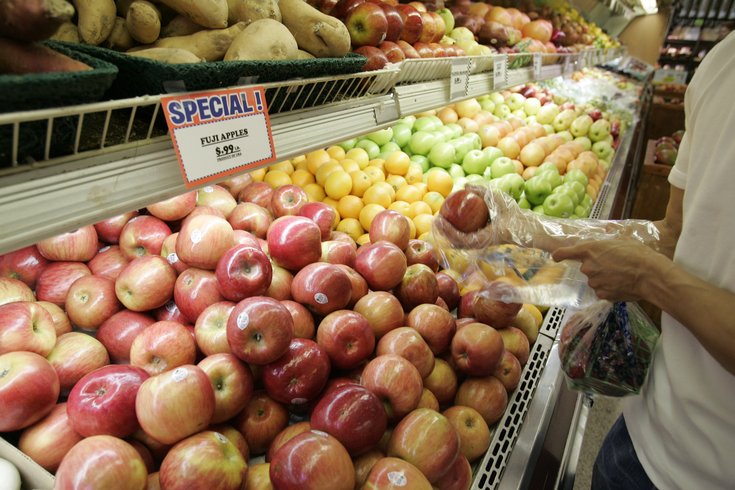 Read More
Kids, feel free to use this headline as an excuse not to eat your fruits and vegetables.
A study conducted by the Environmental Working Group, a non-profit health advocacy group, scanned data from the United States Agricultural Department and found that nearly two-thirds of sampled produce contained some pesticide residues.
Using 3,015 samples of vegetables and fruits, the study found that 165 different pesticides were found on the produce, and some of those pesticides stuck on even after washing.
EWG's annual dirty dozen from the study, which lists the 12 produce items with the most pesticides, contains the following: apples, peaches, nectarines, strawberries, grapes, celery, spinach, sweet bell peppers, cucumbers, cherry tomatoes, imported snap peas and potatoes.
The biggest culprit: apples. The study says that 99 percent of the samples they used had pesticides on them. Next to apples were peaches (98 percent) and nectarines (97 percent).
Yet as an NPR article from 2012 points out, avoiding those pesticides by going organic might not have any tangible benefits.
The article, published in NPR's "The Salt" food blog, cites a study conducted by food scientists at the University of California that suggests paying a little extra at the grocery store might not be worth it. Per the study:
"Our findings do not indicate that substituting organic forms of the 'Dirty Dozen' commodities for conventional forms will lead to any measurable consumer health benefit."
However ultimately, as the article points out, you should be eating your produce anyway:
EWG and the scientists do agree on one thing: No one should stop eating fruits and vegetables because of fears about pesticides.
Sorry, kids.