Study: Most Philly neighborhoods are still recovering from the recession 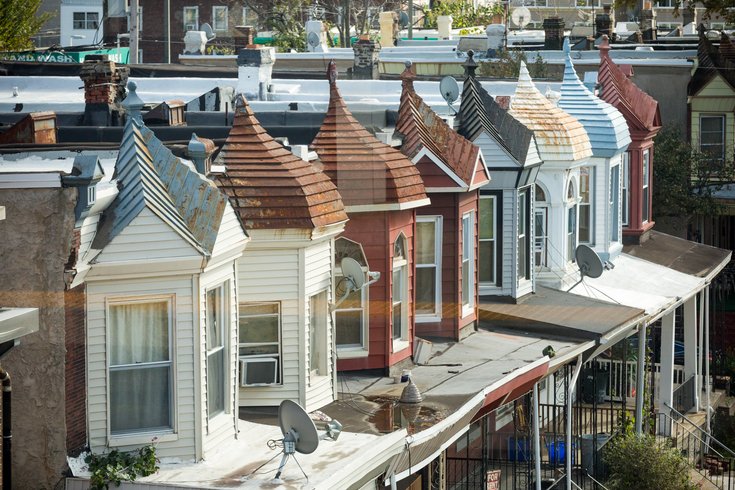 Despite booming development in downtown Philadelphia and the rise of neighborhoods like Fishtown since the Great Recession, much of the city's housing market still has yet to recover, a recent study found.

Although conventional lending is still abound in Center City and certain neighborhoods, a far lower number of home buyers have been able to obtain a conventional mortgage in many of the city's neighborhoods, according to an analysis of recently released mortgage data by the Reinvestment Fund, which focuses on integrating data, policy and strategic investments to revitalize low-income communities.

RELATED: Racial disparity in homeownership is relatively better in Philly

Instead, more people have borrowed from the Federal Housing Administration (FHA) and the Veterans' Association (VA).

In Philly's lower- or middle-income areas, nearly half of new home buyers borrowed from the government instead of through private lending companies, according to the study, which compared pre-recession figures from 2005 to recently released Home Mortgage Disclosure Act data from 2016.

Government-backed loans are typically easier to obtain, but they can mean higher expenses than conventional mortgages.

The study also points out the FHA and VA still insure just more than half of mortgages in minority-dominated neighborhoods, while just 31 percent of mortgages are backed by the agencies in neighborhoods with a majority number of white residents.

"Stories of the 'hot' Philadelphia housing market abound and are certainly true in some places, but HMDA data provide a more tempered picture of the city," the study concludes.

The report did draw skepticism from one expert, PlanPhilly noted.

David Feldman, a Philadelphia-area realtor who teaches housing policy at Temple University, told the site that the disparity between FHA lending in 2005 and 2016 shouldn't be a cause for concern.

"2005 isn't a market we should try to replicate. That’s when there was predatory lending and mortgages given to people who shouldn’t have qualified,” Feldman, president of Right-Sized Homes LLC, told PlanPhilly. “These numbers are interesting, but is it a bad thing to have so much FHA in a market like ours with cheaper homes and lower incomes?”