DeAndre' Bembry is really good, but he needs some help on Hawk Hill

In the “Summer School” series, which is partly a review of the 2014-15 season along with a look ahead to next year, we covered Penn, Drexel, and La Salle last week. Today, we’ll start looking at the other half of the City Six with a glance at what’s in store on City Line Avenue for 2015-16.

The Hawk will never die, but it took something like a four-month a vacation in 2014-15. Saint Joe’s lost the home opener to a Farleigh Dickinson team that would go on to lose 15 straight games in the Northeast Conference, which was a sign of things to come. Two games later, they traveled across the country to play familiar foe Gonzaga and got housed by 50 points (52, actually). This iteration of the Hawks was a far cry from the team that impressively cruised to an Atlantic 10 title and gave away* a tourney game to eventual champion UConn the previous March.

*It’s phrased as a backhanded compliment, but Saint Joe’s was playing seriously good ball at the end of that season. They really did have that game won, too, which is a sneakily underrated “What if?” With UConn out of the picture, who cuts down the nets? Does SJU’s run last all the way to the Final Four like the foolproof transitive property holds? And most importantly, how great would The Holy War second-round tourney matchup orchestrated by the Vince McMahon-led selection committee have been?

Much like Drexel and La Salle, a brutal offense (KenPom: 257 of 351) held Saint Joe’s back from being even a .500 team. When you also factor in Temple’s inability score and the Sixers sporting the worst offense in the NBA by a mile, there’s no escaping the fact that turnovers and bricked jumpers have become an epidemic in Philadelphia basketball outside of a select quarantined area on the Main Line. When did we, as a municipality, forget how to play offensive basketball? 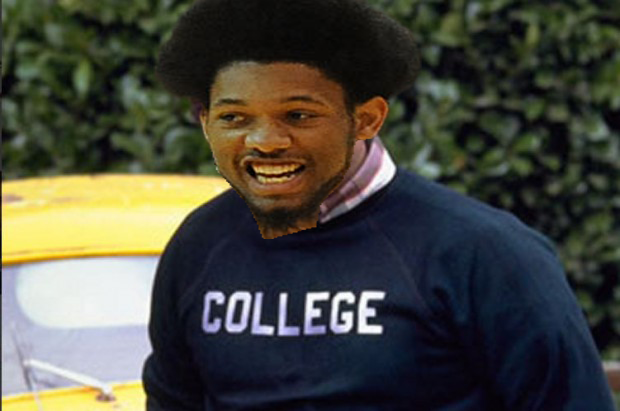 (For my terrible Photoshopping purposes, a quick thank you goes out to DeAndre’ for rocking the ‘fro. You the real MVP.)

If you asked around among people that keep a trained eye on these things, a decent amount of them would’ve said that DeAndre’ Bembry was the best player in the city this year. I don’t agree, but the rising junior swingman would get my preseason pick for the award heading into next season. The kid can do anything Phil Martelli asks of him, and this past year that included quite a few things: score fairly efficiently on a ton of possessions, clean the defensive glass, make plays for his teammates, block shots, collect steals, defend the other team’s best player, etc. He good.

Most of Bembry’s losing problem isn’t his fault: The guy just needs some help, the type of support he provided Langston Galloway, Ron Roberts, and Halil Kanacevic with a couple of years ago as a freshman. Bembry played the third-highest percentage of his team’s minutes (95) in the country per KenPom, and while that might not change looking forward, Martelli can’t be afraid of the team going into the toilet with the 6-foot-6 forward off the floor.

I don’t believe that it’s hyperbole to say that Bembry is well on track to becoming the best player on Hawk Hill since Mssrs. Nelson and West left 11 years ago. He doesn’t need role players with the quality of Dwayne Jones, Pat Carroll, and Tyrone Barley for his all-around game to shine through, but the Hawks’ talent level around him definitely needs a boost. That way, performances like this will receive more attention, although admittedly using a clip from SportsCenter doesn’t exactly drive the point home. Joey Brackets certainly helps the Hawks' exposure over at the WWL: 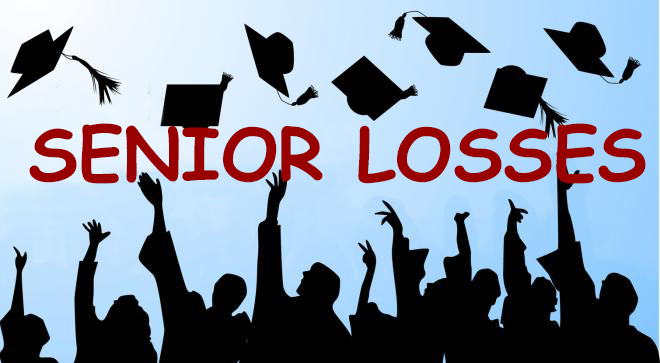 Chris Wilson was the Hawks’ starting point guard for three years, and during that time they won a bunch of games. Never the focal point of the offense, he did a decent job playing off the ball and guarding the opposing team’s ball-handler. Wilson isn’t exactly irreplaceable, but he played over 80 percent of the time last year for Saint Joe’s. Filling in those minutes is going to be an adjustment for Martelli. Deep sub Evan Maschmeyer will also depart.

(Every recruiting site has Clover’s hometown listed as Natrona Heights, which is a town about 25 miles northeast of Pittsburgh. Unless Saint Joe’s Prep, which happens to be my alma mater, is accepting kids facing a five-hour commute nowadays, I’m 99.9 percent sure this is a mistake and Clover is a Philly kid. We’ll roll with the official listing, though, mostly because I'm easily amused.)

Martelli went into his own backyard and plucked a couple of three-star recruits that were rivals in high school and members of the All-Philadelphia Catholic League First Team (Clover was voted most valuable player). In gaining the commitment of both SJP’s Clover and Neumann-Goretti’s Kimble, I imagine that Martelli hopes he found his backcourt of the future, two kids that arrive on Hawk Hill from excellent high school programs. Kimble comes along with the added bonus of a sweet nickname, Fresh. I’d still probably rank it behind “Scoop” in the official N-G Guards Nickname Power Rankings, though.

The two standouts teamed up on the decision, too, deciding on the same weekend. Here’s a quote from Aaron Carter’s Daily News story last August:

Oliva is originally from Italy, so Martelli’s recruiting class is both hyperlocal and international at the same time. He played for Bergen Catholic and was a Third Team All-State pick by NJ.com, nothing to sneeze at in such a competitive basketball environment. 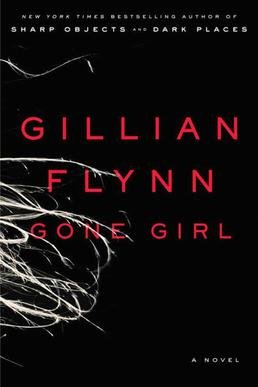 This selection doesn’t have any tie-in to the Hawks like the other three posts had. Gillian Flynn just wrote a really good book! It’s tough to imagine Saint Joe’s not being a better team this upcoming season, simply because Bembry figures to be an even more dominant player with another year under his belt. The question of how much improved they’ll be as a team hinges on how quickly his supporting cast comes along, mostly offensively.

Big man Isaiah Miles found a nice groove from beyond the arc (53-150, 35 percent) last year, and his improvement to around 40 percent would be boon to the offense. Rising sophs James Demery (length, athleticism) and Shavar Newkirk (ball-handling) showcased legit skills in their first year, but they both need to start making shots at an acceptable rate. After transferring from the wrath of Huggy Bear and West Virginia, Penn Wood product Aaron Brown had a nice first year on Hawk Hill.

All of those guys’ improvement along with the freshman’s ability to contribute right off the bat will determine where the Hawks finish. Bembry will likely be the best player in both the city and conference as a junior, but the man needs some help.