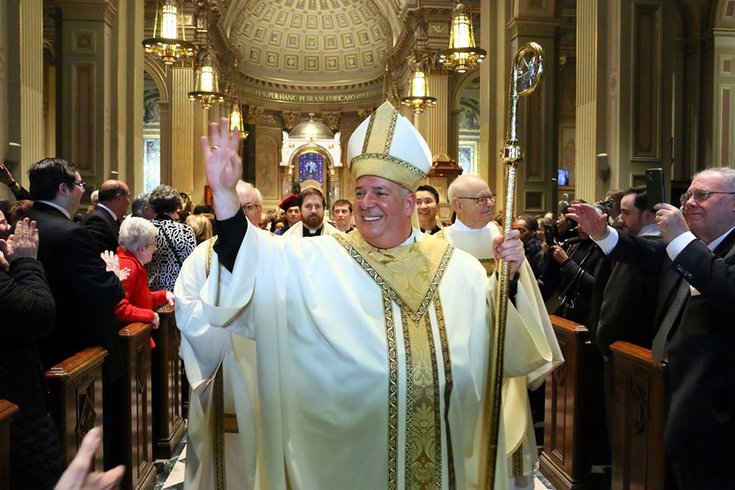 The Archdiocese of Philadelphia will resume all Sunday Mass services starting June 6, Archbishop Nelson Perez said Friday. Services will be permitted to once again occur once the counties encompassing the archdiocese enter the yellow phase of Pennsylvania Gov. Tom Wolf's reopening plan.

All Catholic churches in the Archdiocese of Philadelphia will resume mass next month, the church announced Friday.

Archbishop Nelson Perez said in a directive that starting June 6, the celebration of daily Sunday masses will resume. Such services have been suspended since mid-March due to the pandemic.

The message stressed that the resumption of Sunday Mass would follow reopening measures put forth by state-level officials. Perez added that a separate guidance of social distancing and other measures meant to mitigate the spread of coronavirus will be directed to church leaders.

"The administration of the Archdiocese has been working in consultation with public health officials to ensure that such a resumption takes place within the context of state approved guidelines," wrote Perez, "And is actively working to provide appropriate guidance to its clergy so that all will be as prepared as possible when the public celebration of Mass begins again."

Perez wrote that the reopening would occur June 6 as a result of the area which encompasses the Archdiocese moving into the yellow phase of Pennsylvania Gov. Tom Wolf's reopening plan on June 5.

Gov. Wolf announced that Philadelphia and all of its surrounding counties will leave the red phase in Friday's daily coronavirus press briefing, prior to Perez' announcement.

Wolf's decision was made upon observing other Pennsylvania counties already in the yellow phase and additional case number data, state officials said.

Perez also stressed that although services have been suspended amid the public health crisis, the churches have remained open for private prayer and the performance of certain sacraments such as Baptism. Some funeral masses have also been permitted to take place "at the discretion of the local pastor."

President Donald Trump also said in a press briefing Friday morning that all churches and houses of worship were "essential" and said to governors that they should be opened immediately.

The CDC issued guidelines for religious services to follow immediately after Trump's announcement, the "Interim Guidance for Communities of Faith," which can be found here.