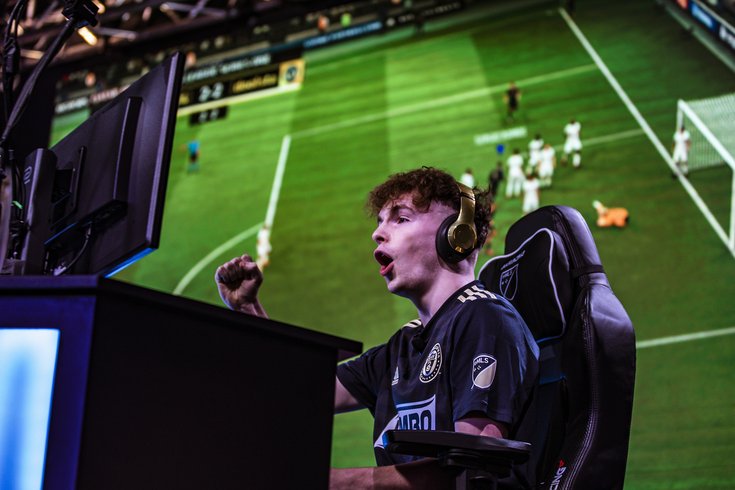 Having options is always a good thing. Picking the right one can be hard.

West Chester East High School's Cormac Dooley, affectionately referred to by his friends and family as "Doolsta," is struggling with a pretty big one.

Remember when Oklahoma's Kyler Murray was toiling over whether he should play baseball or football professionally? It's kind of like that. Except it's with soccer. Should the star high school attacking midfielder pursue his dream of professional soccer? Or should he continue to pursue playing EA Sports FIFA '19 — a video game at which he is among the best in the world?

Born in the Philly suburbs, Cormac grew up near Galway, Ireland where he was pretty much good at everything.

"No matter what sport he played, volleyball, golf, or soccer he did really well," Cormac's father Seamus said. "He was getting better and he played at a fairly high level at soccer over in Ireland and I think his goal when he came to the states was to play soccer professionally and then he got into FIFA."

Cormac's mother, Maureen, recalls her son playing nine sports at one time, when he was 14. At soccer he truly shined, getting the opportunity to join a club team in Ireland. But a job change forced the family to relocate back to Chester County when Cormac was 16.

"When I moved here soccer was always the goal but then I got very good at FIFA," Cormac said, "and it's hard to give up something like this when you're really good at it. I haven’t made a decision yet over what I am going to do. I might take a gap year."

Over the past two years in high school, Cormac became very good at keeping several balls in the air. He would spend his weekends traveling to play in FIFA tournaments all over the United States and Europe. He would do his schoolwork on the plane, and would do his best to make as many of his high school's soccer games as possible. 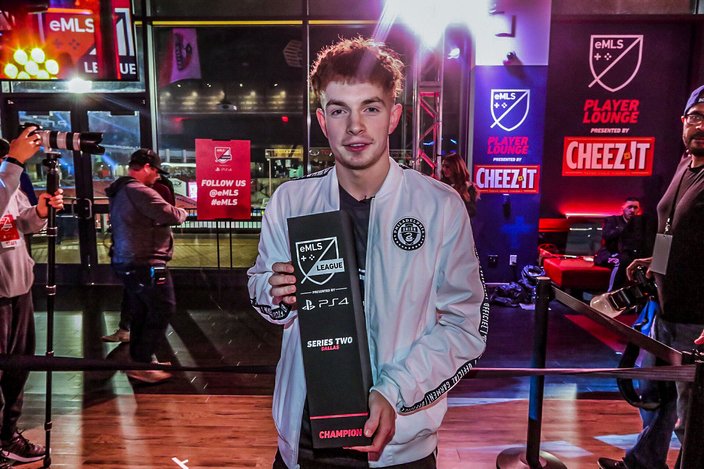 "He shouldn't give up his dream of playing soccer, but at the same time he's making money doing these tournaments," Cormac's high school soccer coach Charlie Dodds said. "You go back to the 'three Ds' — desire, determination and dedication. He has all three of those no matter what he's doing.

"He's someone's best friend, he's one of the best soccer players [an All-League player three times over], he's a great student, he is great with time management, he's very disciplined, [and] when he does something he does it 100 percent.

"He's a very mature kid for his age and he is very focused. He called me when this whole thing started ... and at the end of the day you have to do what's best for a kid."

In one memorable instance, Cormac, after leading his team to victory in an important playoff game, was hamstrung by a commitment to play in a FIFA competition and had to skip the subsequent match.

My parents didn’t like me playing video games until after I won, and then they hopped on the bandwagon. They realize it's getting bigger.

"He's a part of the team," the coach recalled, "it hurt him. He felt he let his teammates down, but the nice thing about our team is they were 100 percent behind him going. They knew what was best for him."

Sacrifice is part of commitment, and Cormac knows he will never be able to both play soccer and play FIFA at the highest levels at the same time. There just isn't enough time in a day.

"I would like to try and do both but it sounds like a lot to ask," Cormac, who is ranked in the top 60 in the world at FIFA, said. "You look at the top FIFA players, all they do is play FIFA. It’s a lot to think about it. The FIFA season competitively doesn’t start until November and college soccer would be over at that stage but there's still off season work. For FIFA you have to play pretty much every weekend. It’s a lot of time."

The Philly connection, for Cormac, has grown stronger, as he's been competing for the Philadelphia Union in esports for the past year, winning Elite Series 1 and Series 2 titles.

Cormac has also gotten offers to play collegiate soccer at D-2 and D-3 schools, and also was considering Delaware as a destination (a school where he was accepted). But he keeps getting better at FIFA. And for his parents — who understandably were skeptical about esports at first — pursuing esports as a career has become more of a realistic option. 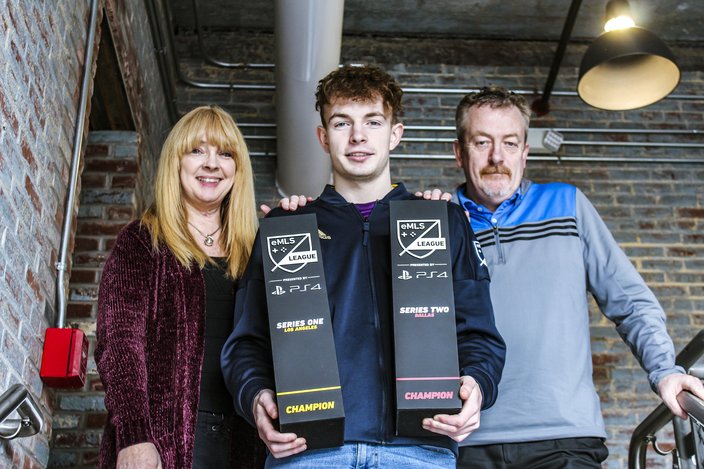 "The more we learned about it and realized how good he actually was at it, we decided to see what he can do," Seamus said of his son, who has made 10s of thousands thus far. "I think he came to reality that if he goes to college, playing soccer, there's about one percent that come out and play professional, whereas right now he is ranked 56th in the world with the opportunity to get even higher. He's realized that this is something that can give him a lot for the future and with soccer there's a small percentage."

"We didn’t want him to feel like he was disappointing us if he didn’t go to university," Maureen said. "I think one day he thinks one way and another — he’s only 18."

Clarity could come soon for "Doolsta," as he prepares to travel to Boston to compete for an eMLS Series title for the Union, a measuring stick that could help prove he really is among the top gamers in the world.

"My parents didn’t like me playing video games until after I won," Cormac said, "and then they hopped on the bandwagon. They realize it's getting bigger — a few years ago they thought it was a waste of time but now they love watching. They're going to Boston to come support me. They are leaving the decision in my hands."

The controller is in his hands, and even though he's always dreamed of making a career with his feet, it's anyone's guess as to which path will lead to success and stardom.

It's a tough decision, but a fun decision — and one that could only really happen in 2019.