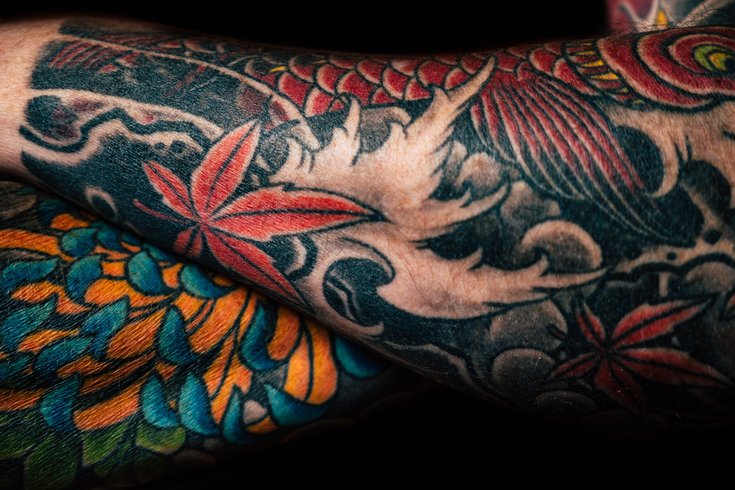 Tattoo needles break down during procedures, sending small particles of nickel and chromium into the body. That potentially can lead to allergic responses, researchers found.

Tattoos are known to cause allergic reactions.

But it's not just that ink is capable of reaching the body's lymph nodes, as researchers previously revealed. Tattoo needles – even new ones – also may be playing a role.

Chromium and nickel particles break off from the tattoo needle during the procedure, according to a new study published by Particle and Fibre Toxicology. They then end up in the lymph nodes, potentially causing an allergic reaction.

Tattoo needles typically are comprised of 6-to-8 percent nickel and 15-to-20 percent chromium, according to the study. Both metals are known to prompt a high rate of allergies among the general population.

Using high-powered microscopes, researchers examined 12 needles both before and after they were used.

All the needles showed abrasion after a single use. But they particularly wore down when using pigments containing titanium dioxide, a compound commonly found in white tattoo ink.

The findings build on a 2017 study that showed pigments leak from the location of the tattoo on a person's body and collect in the lymph nodes.

But not all of the particles discovered could be traced to tattoo ink. It turned out that some of those metal particles stem from the needles.

The health implications remain undetermined. Study author Ines Schreiver, of the Federal Institute for Risk Assessment in Germany, told News Atlas that special attention must be placed on allergy development.

"Unfortunately, today, we can't determine the exact impact on human health and possible allergy development deriving from the tattoo needle wear," he said. "There are long-term effects which can only be assessed in long-term epidemiological studies that monitor the health of thousands of people over decades."