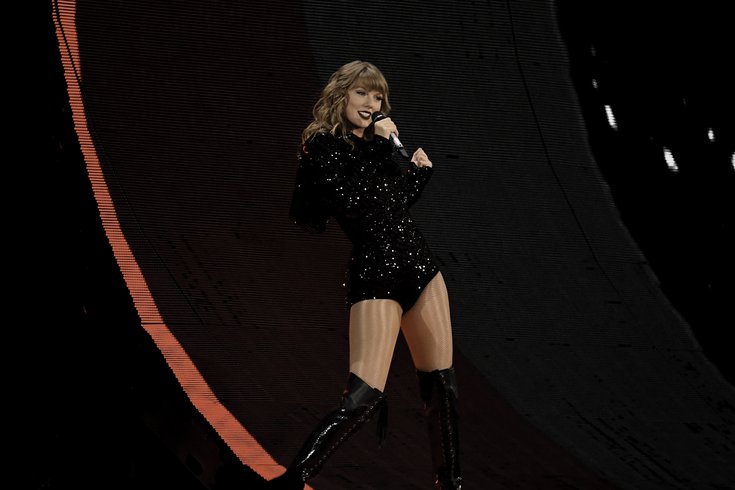 'Fearless (Taylor's Verion),' a reissue of Taylor Swift's 2008 album 'Fearless' will include 20 tracks, including several that previously were unreleased.

Taylor Swift's latest single — dropped Wednesday to tease the re-issue of her 2008 album "Fearless" — is an apparent diss at her ex-boyfriend Joe Jonas.

The song, "Mr. Perfectly Fine," is the second previously unreleased track the Reading native has released ahead of her upcoming album, "Fearless (Taylor's Version," which becomes available Friday at midnight.

The remade album is Swift's attempt to reclaim music rights by putting out new recordings of her old songs, after Scooter Braun — a music manager known for handling artists like Justin Bieber and Kanye West — bought and re-sold the rights to some of Swift's albums, including "Fearless."

The album will contain 20 tracks, including several that have never been released.

"Mr. Perfectly Fine," may have made Swift another enemy, however, since the track is a swipe at Joe Jonas, of "The Jonas Brothers," whom Swift once dated. The re-recorded song is a leftover from the original "Fearless" album, which was released the same year the couple broke up.

The song contains the following lyric:

"Good-bye Mr. casually cruel
Mr. everything revolves around you.
I’ve been Miss misery for the last time
And you’re Mr. perfectly fine"

Jonas' wife, Sophie Turner, acknowledged the reference on social media Wednesday. The "Games of Thrones" actress wrote on her Instagram story, "It's NOT a bop," while she played a clip of the track.

Swift initially responded by sharing Turner's remark on her own Instagram story, writing "Forever bending the knee for the [Queen] of the North." But she later posted a message to Twitter that suggested the drama referenced in "Mr. Perfectly Fine" is a thing of the past.

Swift said "Mr. Perfectly Fine" was part of her "2008 music from that vault," and that her music now "is based in fiction to avoid drama."

Me in 2020: life is chill, writing songs based in fiction to avoid drama, feeling pretty grown up

My 2008 music from the vault, in a goblin voice: “REELEEEEEEASE MR PERFECTLY FIIIIIIINE” https://t.co/PCexr31q9x

Earlier this month, Swift released "You All Over Me," a previously unreleased track that features Dr. Dog drummer and Philadelphia native Eric Slick. The song was mixed and engineered by Philly's Jon Low.

Listen to "Mr. Perfectly Fine" below.