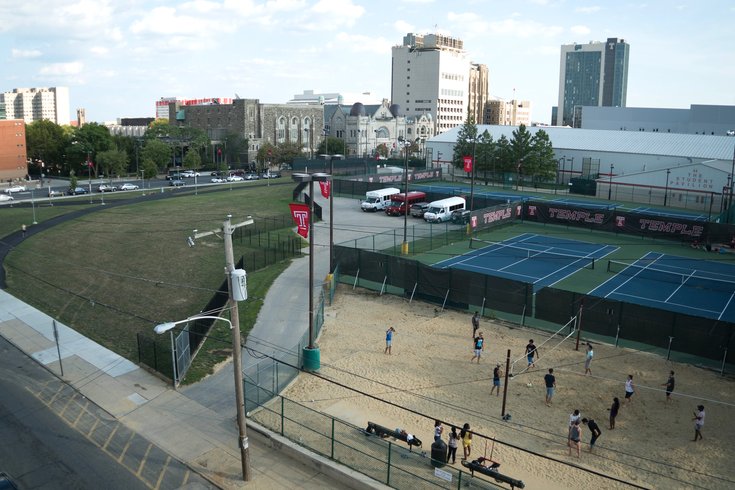 Last year, when he was still a candidate for president, New Jersey Gov. Chris Christie used rock climbing walls as an example of why the cost of going to college had ballooned over the past several years. His argument: Schools aren't beholden to markets and, therefore, can spend on elaborate and unnecessary facilities (like climbing walls) while pumping up the bill for students and parents without fear of repercussion.

Not so fast, Temple University economics professor Doug Webber argues. Yes, the cost of going to his own university has risen in the last 15 years ($12,800 to $19,000 on average in 2016 dollars) as new buildings and facilities (including *two* rock climbing walls!) have popped up all over the North Philly campus.

And those costs certainly play a role in skyrocketing tuition, but they are not the main driver, Webber writes in a Tuesday piece for FiveThirtyEight:

It’s tempting to blame Temple’s shiny buildings and new administrators for the big increase in tuition. But there’s another, much more important reason for the rising costs: Over the same period, Pennsylvania’s state government cut its per-student appropriations by $6,000 in inflation-adjusted dollars.

Webber points out that — in a state where prison spending outpaces education spending — the cost of tuition at Pennsylvania's public universities has increased by 3.4 percent from 2000-2014, while state funding per student has decreased by 3.2 percent during that same period.

Temple did receive an increase in state support this year, with a 2.5 percent jump in funding approved for the 2016-17 fiscal year. That allowed the university to "keep tuition increases limited," according to a press release. A recently announced 2.8 percent increase in base tuition had already been approved with the expectation of more state funding.

Additionally, Webber notes that it's unrealistic to assume that in states like Pennsylvania, universities would have used all the money lost in decreasing state support to keep tuition low. But if state support had kept up with increasing tuition over the past 15 years, "universities could have built new buildings, hired more administrators and tended to other priorities while still keeping tuition hikes in check," Webber writes. "With huge budget cuts, big tuition increases were inevitable."

You can read the whole FiveThirtyEight piece here.