There is no way the Philadelphia Union miss the playoffs 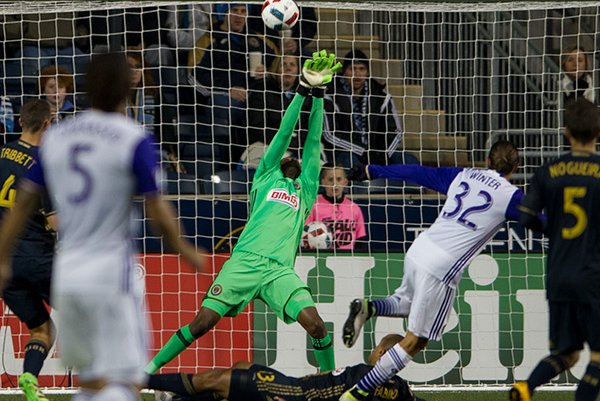 A win against Orlando next Saturday all but assures a playoff berth for the Philadelphia Union.

The Philadelphia Union are going to the playoffs.

All that remains is to take care of business, at home, against a mentally fried and defensively pitiful Orlando City team that has already been eliminated from the postseason.*

And if the Union can't do that, then they deserve to see the longest playoff drought in Major League Soccer extended for another season.

I put an asterisk after paragraph three, because there are a couple of technicalities and tiebreaker scenarios that could come into play, but don't worry about it because they all benefit the Union.

Here's a quick look at the table: 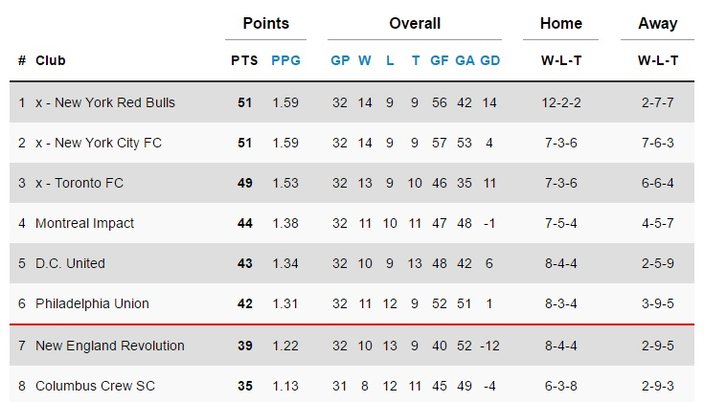 The highest the Union can get is fourth place, which is the ultimate goal. That would give the team a home playoff game.


Towards the red line, you see the Union on 42 points, with the Revs on 39 and the Crew on 35. The max Columbus can reach is 44, so a Philly win against Orlando eliminates the Crew.

For the Revs, a loss in Chicago would similarly end their season.

But even if the New England keeps pace with the Union, the tiebreakers heavily favor Philly, and they go something like this:

So, let's say the Union beat Orlando but lose the season finale at home to New York. If New England wins out, both teams would finish at 45 points and 12 total wins. The Revs would have to make up that goal differential, and there's no way they are scoring 10+ combined goals against Montreal and Chicago.

Even then, Philly currently has a 12 point cushion in the third tiebreaker. Statistically, it's nearly impossible for the Revs to catch the Union if Philly wins against Orlando.

Curtin: "It's clear when we need to do: We need to win a soccer game."

The issue, of course, is whether sixth place is even something to celebrate. The Union would be in the playoffs as the 11th or 12th best team in Major League Soccer. They spent most of the season near the top of the table and have really limped to the finish line.

Fourth place is still doable. Fifth place is realistic because you're probably getting a road game at D.C. or Montreal instead of having to go to Toronto.

Here's the remaining schedule for Montreal and D.C.:

I think Montreal has the tougher slate, with a home game against their Canadian rivals followed by a tricky finale at New England. The Revs may or may not be eliminated by the final week of the season. Montreal is 1-1 against both of these teams in 2016, and actually beat Toronto on the road, but lost at home.

D.C. is unbeaten in five and has won three straight games, so they're not a team you want to play right now. The good thing is, going back to July, NYC is the only team to beat D.C. They're 2-0 against United this season. As for the finale, I don't see Orlando putting up too much of a fight at home unless they embrace some kind of spoiler role. D.C. clubbed Kaka and company 4-1 last time out.

The Union will need D.C. or Montreal to slip up in at least one of those games to get back into 4th or 5th place. The good thing is that Philly does well against both clubs in tiebreakers. The Union have the total wins edge on D.C. and currently hold a two-goal advantage in differential over the Impact.

That will come into play if the Union can get a home result against New York, but they have to beat Orlando first, or nothing else matters.