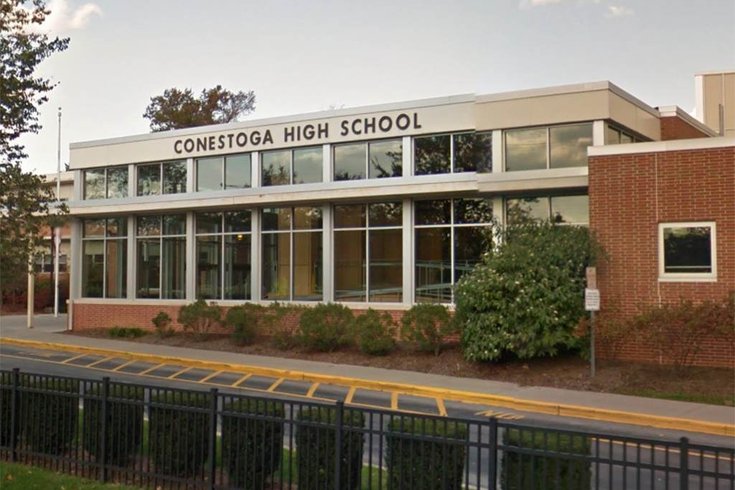 Three senior football players, including a team captain, allegedly penetrated another player with a broomstick after he refused to help other underclassmen clean the team locker room while wearing just their underwear, Chester County District Attorney Thomas Hogan announced Friday.

"The kids knew the locker room was theirs. As anybody who has ever dealt with teenage boys, you know you can't leave them unsupervised in a group. They are capable of doing sometimes stupid things, sometimes terrible things." – Thomas Hogan, Chester County DA

The alleged 14-year-old victim, 5-foot-7 and about 160 pounds, was held down by two larger football players – one 6-foot-2, 260 pounds and the other 6-foot, 180 pounds – as he attempted to leave the locker room, Hogan said. One of the seniors allegedly ordered another senior to retrieve a broom and shove it up the boy's rectum.

The senior obliged, Hogan said, and no one came to the victim's rescue as he screamed in pain. The team's coaches were not present, Hogan said, noting their offices are located down the hall from the locker room.

The three seniors, all 17 years old at the time of the incident, are facing charges of conspiracy, assault, possessing an instrument of crime, unlawful restraint, and other related offenses.

Hogan said prosecutors did not charge the players with sexual assault because it was not a "crime of sexual gratification."

The alleged assault, which occurred Oct. 15, was just one of many hazing incidents the football team's upperclassmen allegedly carried out as part of "No Gay Thursday," a weekly ritual in which actions otherwise deemed as "gay" are permissible, Hogan said.

Investigators found "No Gay Thursday" dated back at least three years, but found no evidence that the team's coaches were aware of it. While admitting his astonishment, Hogan said the coaches never supervised the team's locker room, giving the team free reign.

"The kids knew the locker room was theirs," Hogan said. "As anybody who has ever dealt with teenage boys, you know you can't leave them unsupervised in a group. They are capable of doing sometimes stupid things, sometimes terrible things. That's what happened here."

In a letter to parents, Tredyffrin/Easttown School District Superintendent Richard Gusick said district administrators will conduct a "thorough school-based investigation" to determine whether code of conduct violations occurred and the awareness and supervision of the coaching staff. Conestoga's Football Coach John Vogan has been suspended from all coaching responsibilities, pending the outcome of the investigation.

"As with all disciplinary matters, we work directly with students and their parents and apply firm but fair consequences if such action is warranted," the letter read. "Student disciplinary outcomes will remain private, and we will offer support to any student experiencing undue stress related to this event. Counselors are ready as always to assist all students."

Investigators did not find any evidence that any homosexual players were specifically targeted, but Hogan condemned the homophobic tones of the hazing ritual.

"Nobody who was involved in any way told us there was anything to do with targeting any particular gay student," Hogan said. "That being said, I can't imagine if you're a gay student at Conestoga that 'No Gay Thursday' is something that would make you feel happy, welcome or tolerated."

The alleged victim is no longer a student in the Tredyffrin/Easttown School District. Investigators were made aware of the incident after the boy eventually told his father, Hogan said. The boy did not sustain any permanent physical injuries.

The three seniors could not be charged with hazing because Pennsylvania's hazing statute only includes college players, Hogan said. But the General Assembly has pending legislation to broaden the law.

Investigators did not find any evidence that "No Gay Thursday" extended to other Conestoga High School athletic teams or appeared on social media.

Hogan said the district willfully participated in the criminal investigation, but said administrators must find a way to change the culture around the football team.

"They are now going to have to address, in administrative proceedings, this culture of hazing and any noncriminal incidents," Hogan said. "The school has a big job in front of them, and they are preparing to do that immediately."