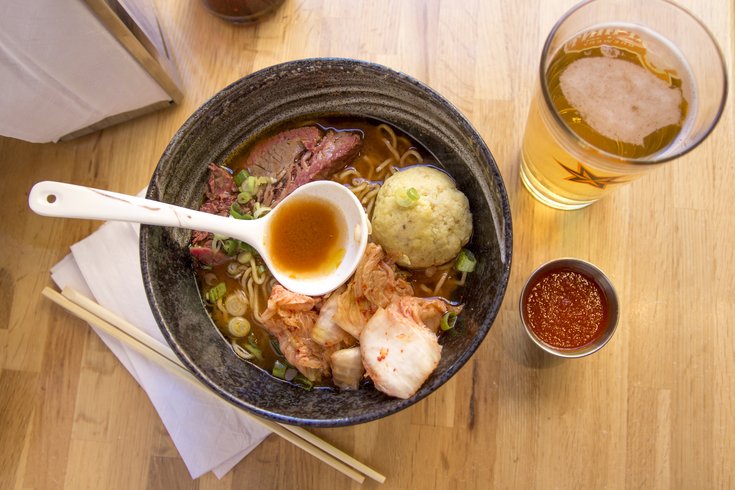 Food Network compiled a new list of the 54 best places to “slurp great ramen” across the United States. The list doesn’t require an entry from each state; rather, it seems to just be the 54 best spots in the country, period.

A list not focused on leveling the playing field sure sounds like a recipe for a list featuring New York, California, and not much else, right?

Well, eastern Pennsylvania should then take some real pride in placing three restaurants on the list, including one in Easton of all places.

Unsurprisingly, California and New York indeed dominated the list. California appeared in 13 spots, and New York had seven of its own. Pennsylvania, however, ranked third in the country with three spots, beating out eight different locales — including red-hot Nashville and Portland — tied with two apiece.

Here’s a bit of what Food Network had to say about each Keystone State noodle stop:

"The only ramen shop in the region, Mister Lee’s is located in an indoor market that has helped revitalize downtown Easton. … The chefs hand-pull their noodles, make a homemade dashi for their broth, and source from local farms, exposing diners to the area's bounty. They offer both hot and cold bowls of ramen, including a bacon ramen with bacon-dashi broth and tempura bacon."

"Something you won’t likely find in Japan is ramen with brisket and matzo balls. Or perhaps coconut curry ramen with peas, herbs and peanut sambal. But this is Philly, not Tokyo. Fans of this nontraditional noodle joint wax poetic about the luxuriously buttery miso ramen with pork shoulder, egg, sea beans, bean sprouts, scallions and black garlic."

"A vegetarian and vegan food cart specializing in sandwiches may not seem like the most-obvious place for ramen, but this cart ladles a great bowl of noodles. Owner and partner Paul Davis admits he always loved springy noodles and sharp, oily pickles. His version features vegetarian chicken, spicy bean paste and broth found in many Southeast Asian, Vietnamese and Chinese cuisines, with a few fresh cucumbers, cilantro, lime and fried shallots on top."

That’s pretty good variety and representation for the eastern side of the state.

If the western half starts pulling its weight, maybe Pennsylvania could become the third capital of ramen in the country one day.