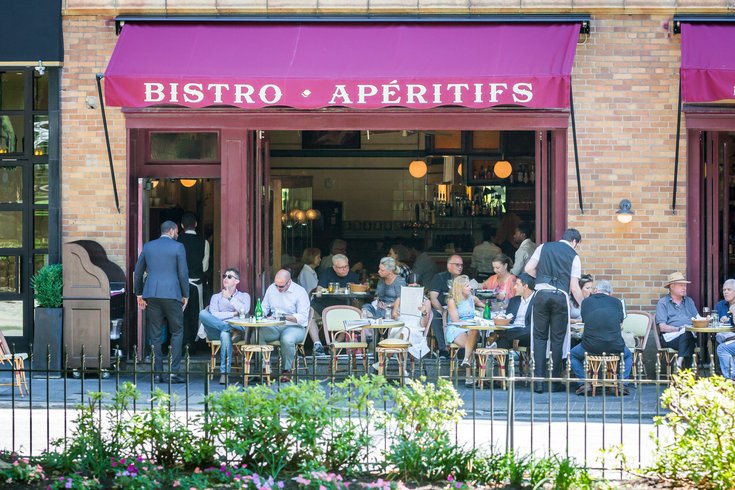 People dine at the Parc restaurant on Rittenhouse Square.

OpenTable released its "100 Most Scenic Restaurants in the U.S. for 2018," and Pennsylvania was one of 25 states mentioned with four restaurants, including Parc in Philadelphia.

OpenTable chose the top 100 based on more than 12,000,000 reviews of over 28,000 restaurants, claiming, “Our 100 Most Scenic Restaurants list for 2018 highlights restaurants that offer breathtaking views of nature, cityscapes and travel-worthy landmarks.”

The Rittenhouse favorite made the list and is tagged on OpenTable for a "special occasion," "people watching," and "great for outdoor dining." Executive chef Anthony Goodwin prepares French cuisine that you can devour as you take in Rittenhouse Square and the people walking by.

Other notable mentions include Black Bass Hotel in Lumberville. This Bucks County restaurant specializes in international and contemporary American cuisine. It's outdoor dining along the Delaware River is what seals its spot in this list.

Two restaurants in Pittsburgh were named, as well – Altius and Monterey Bay Fish Grotto, which both sport glowing views of the Pittsburgh skyline.

South-Central Jersey received a few mentions. Right across the way from Lumberville, Hamiliton’s Rats Restaurant at Ground for Sculpture also made the list. The contemporary French dining experience and charming views of a lush landscape inspired by impressionist Claude Monet's town of Giverny will delight any guest.

All the way south, Peter Shields Inn in Cape May wows its visitors with pristine views of the ocean. This BYOB American restaurant is perfect for special occasions and anniversaries, as noted in OpenTable.

While the list was not ranked in order but alphabetically, California had most restaurants on the list of any state with 28, Florida was second with 13, and New York was third with seven restaurants.