Welcome America president: 'There will be no cursing on this stage' 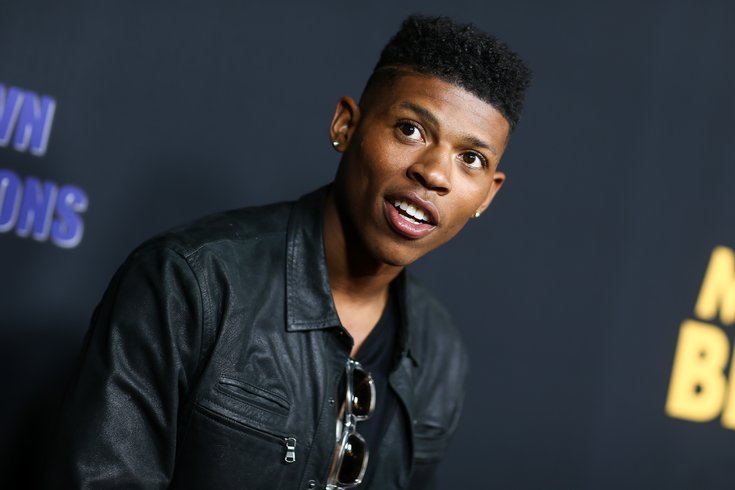 Bryshere Y. Gray attends the LA premiere of "Meet the Blacks" at ArcLight Hollywood on Tuesday, March 29, 2016, in Los Angeles.

UPDATE: Leon Bridges, a 26-year-old soul musician from Fort Worth, Texas, will join the stage alongside Yazz the Greatest, Leslie Odom Jr., the Philly Pops, The O'Jays, Harold Melvin's Blue Notes and The Intruders. Viva Mas, an all-male, latino soul group from Philadelphia, will also join the lineup.

The Wawa Welcome America July 4 Concert will also feature five-member a capella group Brotherly Love, the Philly Pops and a tribute to Gamble & Huff with performances from The O'Jays, Harold Melvin's Blue Notes and The Intruders with the Urban Guerrilla Orchestra. Two more performers, also with ties to Philadelphia, remain unannounced. A strong effort was made this year to book performers who have a Philadelphia connection.

The concert, Mayor Jim Kenney noted during the conference, is part of a nod to a particular era of music.

"There is a vibe, a thread in the city that connects everybody and it’s a special sound. Detroit has their sound, other cities have their sound and we have our Sound of Philadelphia: It is the music of the 1970s everybody danced to," Kenney remarked.

Kenneth Gamble, of Philadelphia, and Leon Huff, of Camden, were a popular songwriting and production duo in the 1970s who wrote hit after hit, including "For the Love of Money" and "Backstabbers" for The O'Jays, and "If You Don't Know Me By Now" by Harold Melvin & The Blue Notes.

"There will be no cursing on this stage," Gauracino emphatically told PhillyVoice. "We curate the stage. The artists understand.”

He also confirmed that The Roots will not be involved with the concert this year. 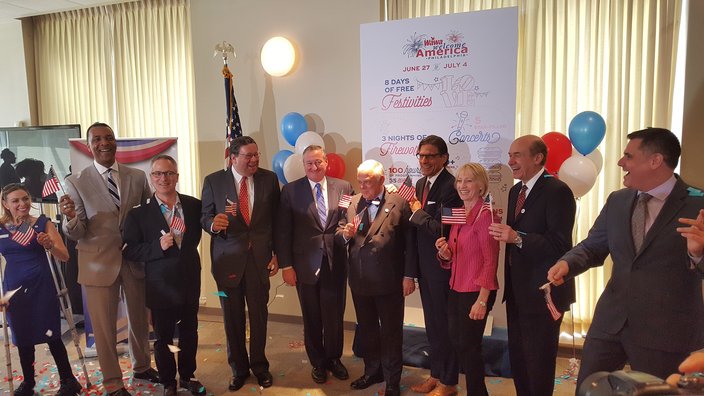 Organizing members and sponsors of the Wawa Welcome America Festival gathered for a press conference at the Independence Visitor Center on Friday, May 20.

For the first time, the concert will be broadcast in Spanish by Telemundo and start an hour earlier at 5 p.m. and run through 10 p.m. And, courtesy of a new sponsorship from Comcast NBCUniversal, a digital field guide of the festival will be available through the NBC10 and Telemundo62 mobile apps — plus live streams on their websites.

In its 23rd year, the festival spans June 27 to July 4, with the promise of 100 hours of free programming, spread between free movie screenings, complimentary museum admissions, the Independence Day parade and the returning Parkway concert.

Leading up to the concert will be a mid-day performance by Kidz Bop Kids, opened by Biz Markie, of the Yo Gabba Gabba Live Tour. Earlier that morning, a $50,000 "Hero Award," presented by the Wawa Foundation, will be issued to one nonprofit organization in Philadelphia; nominations can be submitted through May 30. Three runners-up will receive a $10,000 prize.

Fireworks will light up the sky on Friday, July 1, and Saturday, July 2 at 9:30 p.m. at the Delaware River Waterfront. The July 4 presentation will start at 10 p.m.

Below, find lists of where you can nab free admission during the festival or see a free flick. More details will be announced in the weeks ahead.

• The African American Museum in Philadelphia

Where you can see free movies

• The Piazza at Schmidt's