The legislation would create a fund for an increase in tree plantings, preserve existing healthy trees and create buffers in industrial areas and near highways 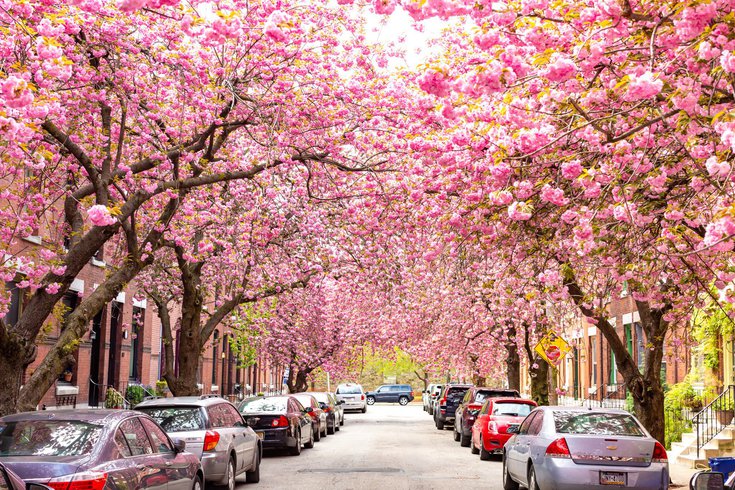 Councilmember Katherine Gilmore Richardson introduced a bill on Thursday to improve Philadelphia's tree canopy. The bill would impose fees on developers who cut down trees with no plan to replace them, and would increase plantings throughout the city.

Despite efforts from Philadelphia leaders to expand the city's tree canopy to 30% in all neighborhoods by 2030, the city's tree cover declined by 6% from 2008 to 2018, according to the Philly Tree Plan. Most of the 1,095 acres of tree canopy that were removed during that time were in residential areas, contributing to continued disparities in environmental and health outcomes in those neighborhoods.

In an effort to implement the city's 10-year plan to improve its tree cover, City Councilmember Katherine Gilmore Richardson introduced a bill on Thursday to increase the tree canopy, preserve existing trees and impose fees for developers who cut down trees with no plan to replace them.

The bill would also create tree buffers near industrial areas and highways in order to improve the tree cover for the residents of communities near these sites. These neighborhoods tend to be low-income, and see some of the hottest summer temperatures of anywhere else in the city.

These neighborhoods — which are home to Black and brown communities — often bear the brunt of environmental hazards and experience extreme urban heat. During the summer, residents can experience temperatures that are up to 22 degrees hotter than in surrounding, more affluent neighborhoods.

"This is a major environmental justice issue, particularly for our historically underserved communities in Philadelphia — neighborhoods that will typically struggle with urban heat islands, with lack of tree canopy coverage," Gilmore Richardson told WHYY. "Those neighborhoods are historically hotter than all of the other neighborhoods in the city."

The legislation would increase Philadelphia's tree cover by increasing plantings in residential areas and preserving healthy trees in order to keep them from being torn down. In particular, the bill would require yard trees to be planted as part of some new developments. Current residents who want to add a street tree or yard tree in their community can sign up for one of the Parks and Recreation spring tree giveaways.

The bill would also remove exemptions for plantings in parking lots and drive-thru areas. For areas that cannot feasibly add trees near parking lots or other vehicle-stacking areas, a decorative masonry wall would be required in its place.

If passed, the legislation would create vegetative buffers near industrial sites, highways and large new developments. Any multi-family building with at least six housing units would be required to add trees. Other areas include government buildings, office buildings, and warehouses.

This legislation is the first step in addressing what was communicated by our residents throughout the Philly Tree Plan engagement. Philadelphians know and understand the benefits of trees, but they want the City to also take responsibility for them and this is a major step. pic.twitter.com/SqRPLByz4k

"As chair of City Council's Committee on the Environment, I know trees and green spaces are not amenities, but necessities that improve the health and quality of life of our residents," said Gilmore Richardson. "Philadelphians know and understand the benefits of trees, but they want the city to also take responsibility for them. This bill puts us on a path to increasing our tree canopy by closing loopholes in the zoning code and creating a dedicated source of funding for the city to implement its tree plan."

Fees for developers range from $50 to $400, and are the basis for the Philly Tree Fund. The fees are primarily used as an incentive to help the city reach its goal of 30% tree canopy across all of its neighborhoods by 2030. The Philly Tree Fund will be utilized for paying for additional plantings and replacing the tree canopy lost due to urban development.

Research from the Northern Research Station found that an increase in Philadelphia's tree canopy can prevent up to 400 heat-related deaths annually, particularly in low-income neighborhoods. Extreme urban heat due to a lacking tree canopy can also increase the risk of heat-related illness.

Organizations throughout Philadelphia have individually helped to improve the city's tree canopy, particularly in recent years. The Pennsylvania Horticultural Society has utilized more than 80 Tree Tenders groups to plant new trees throughout Philadelphia each spring. Each spring, the program gives away 1,000 yard trees to community members as part of their citywide tree planning initiative.

Last month, PECO announced that it would replace every tree it cuts down due to maintenance and expansion of utilities. The program, which is part of Excelon's goal of zero-emissions by 2050. The ReLeaf initiative was launched at the Navy Yard on April 20 with 1,550 trees donated by PHS to be planted throughout the city.

Earlier this month, Philadelphia's parks dropped significantly in a national ranking from the Trust for Public Land. This was largely due to a lack of spending on Parks and Recreation amid the COVID-19 pandemic. The national listing is used to help advocates and climate activists lobby their local and state governments for actions to improve spending to fight climate change and improve investments on green spaces.

City Council will vote on Gilmore Richardson's bill in the next few weeks.