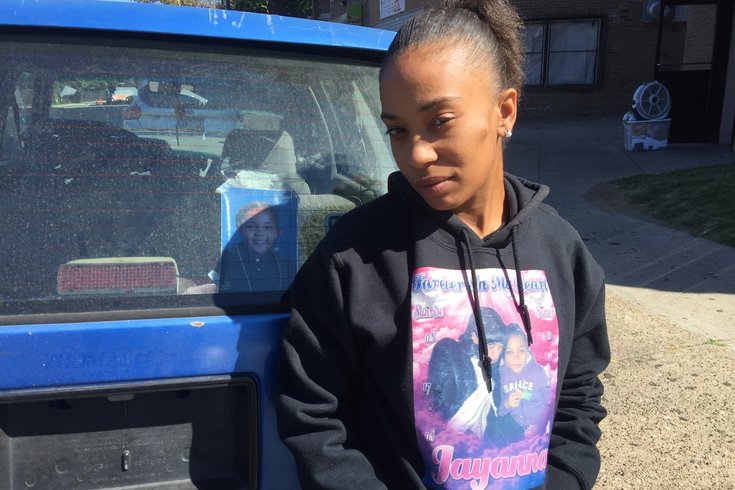 Ayeshia Poole lost her young daughter Jayanna to a hit-and-run in November 2016. Now, she's worried that her family could get booted from an Overbrook apartment building and be homeless as the driver's trial approaches.

“I didn’t even realize it until I got home,” she recalled. “When I did, I just broke down and started crying.”

Those tears were for Jayanna, the 8-year-old daughter killed by a hit-and-run driver as she walked home from her West Philadelphia school with three siblings one tragic Friday afternoon last November.

The pain for parents forced to bury children never goes away. Ayeshia knows that all too well.

She also knows she has to put on a brave face on for Jayanna’s siblings – Hassan, Hadiyah and Jayquan – who still walk to and from that same school – Lewis C. Cassidy elementary – every day.

That’s not the easiest thing to do these days.

The past 11 months have seen a grieving family await the trial of Paul Woodlyn, the 25-year-old man accused of striking Jayanna and eluding capture for a week until a tip led investigators to a vehicle in Chester County.

Ayeshia has been told the trial will start on October 30. The prosecution’s star witness is Hassan, the 13-year-old who was holding his sister’s hand when she was struck at 63rd Street and Lansdowne Avenue.

He told police he saw the driver's face as he tried in vain to pull Jayanna out of the car's path in time.

Making matters worse for Ayeshia is the fact that she doesn’t know whether she’ll be able to keep a roof over her family’s head for much longer.

During an interview in a crammed North 63rd Street apartment on Monday afternoon, she said the family could soon be homeless.

“People have helped us,” Ayeshia said, “but there’s only so much they can do.”

FROM TRAGEDY TO UNCERTAINTY

There haven’t been very many happy moments for Jayanna’s family since their tragic loss.

One bright spot, if you could call it that, came August 17 when they gathered at her grave site at Lansdowne’s Fernwood Cemetery to celebrate what would have been her ninth birthday.

“The kids sang ‘Happy Birthday.’ We released balloons, brought teddy bears, ate cake,” she recalled. “The first day of school was hard, though. Normally, I was getting four kids ready for school and now I was getting three ready.”

Haidya, the sixth grader, wore the choker from Jayanna’s last Halloween costume – she was a witch – to school that day while Hassan and Jaquan (seventh and second graders, respectively) wore pink bandanas around their wrists. It was Jayanna’s favorite color.

The past year has seen the family stay with relatives and get a place of their own near 48th and Westminster Avenue – “near 'The Bottom,'” Ayeshia said – for a couple months.

Soon, the $975 monthly rent (not to mention utilities) became too much for her to cover on a salary from the Goodwill donation center near 50th Street and Parkside Avenue.

There, she processed handbags, pocketbooks and shoes, getting some bonus dollars based on the items that were sold.

When the school year started, though, she had to cut her work hours from about 40 hours a week to between 20 to 30 hours.

“I have to get them to and from school safely," she said. "We were back in the same area where my baby got hit.” 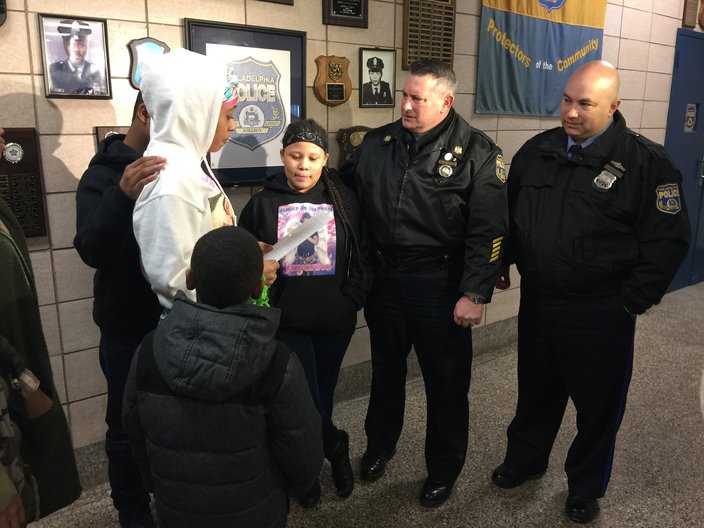 Ayeshia Poole, whose 8-year-old daughter Jayanna was killed in a hit-and-run on November 18, 2016, reads a letter of appreciation to 19th Police District Captain Joseph Bologna and Officer Frank Granlich on January 9, 2017.

They were back in that area because her children’s godfather found them an apartment about three blocks from where Jayanna was struck. It’s a two-bedroom place, one for the boys and the other for the daughter. She’s turned what’s supposed to be a living room into her bedroom.

A sympathetic superintendent understood her predicament, but after fire in the building inspectors are expected to come any day now to check the place out, Ayeshia said.

“She does everything she can to help us,” she said. “We moved in less than a month ago, and I’ve only been able to give her $400 and it was $1,800 for first-month's rent and security deposits.

"That’s all I’ve been able to do. She’s covering for herself and for us. When the inspectors come in, they’re going to realize they have a tenant here and things don’t look right. There’s only so much (the super) can do at that point.”

(That helps explain why people working the front desk told me that nobody lives in that apartment when I arrived on Monday.)

Ayeshia said she’s made calls to City Hall to see if someone can help with emergency housing, but hasn’t gotten any response. It's made her wonder about fleeting memory spans for those afflicted by tragedy in the city. 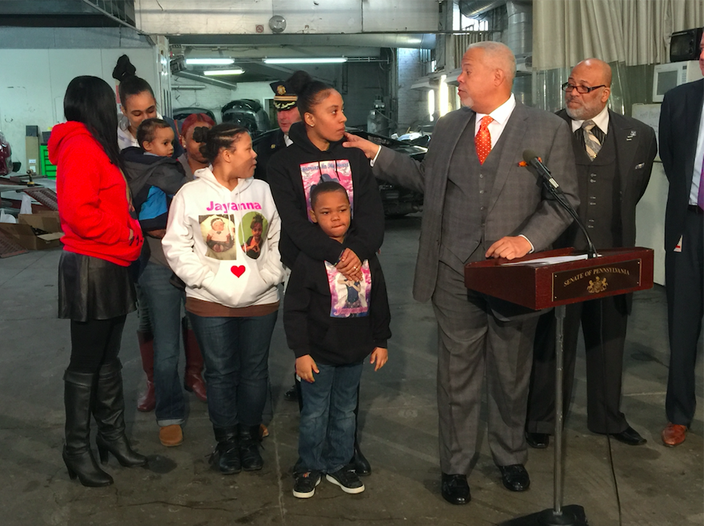 This predicament comes after Jayanna’s tragic death served as a backdrop for a legislative push by state Sen. Anthony Hardy Williams to create an “Amber Alert” system for hit-and-run cases.

A recent call to Williams’ office made it clear that potential action won’t be taken on that measure until after budget issues are resolved by state legislators.

"If I’m down, they’ll be down, and I don’t want that to happen. I’m scared to go to work because I don’t want to leave them. I’ve been making calls to family members, getting $50 here, something there. But, even if it’s $200, $300, that still won’t be enough. I know somebody’s got a heart out there, though.”

She can’t go back to working hours that won’t allow her to walk or drive her children to and from school, though.

She’s just too scarred from what happened last November – to the point of walking the longer way to school so the kids don’t need to pass the corner where Jayanna was killed. 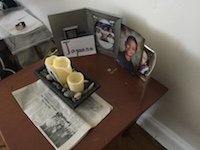 A mini-shrine to Jayanna Powell in the Overbrook apartment from which the late hit-and-run victim's family could soon be evicted.

For now, though, the family is focused on the upcoming trial.

Hassan will meet with prosecutors this week to discuss his testimony and prepare for that will surely be an emotional scene in a Philadelphia courtroom.

“He still can’t go to the gravesite,” she said of Hassan, who wasn’t there for the birthday gathering. “You can still see the hurt when we talk about Jay. As a mom, you want to take that pain away, to be there for comfort, but I can’t take this pain away. I know he’s going to hold that for the rest of his life.

“He’s nervous, scared about testifying, but then he’s like, ‘I gotta be her protector so that guy gets everything he deserves because my sister’s not here.’ When he said that, a chill went though me.”

Court documents list Woodlyn – who is charged with homicide by vehicle and involuntary manslaughter – scheduled for a status listing on October 16.