GOP nominee's gaffe earns him a round of insults 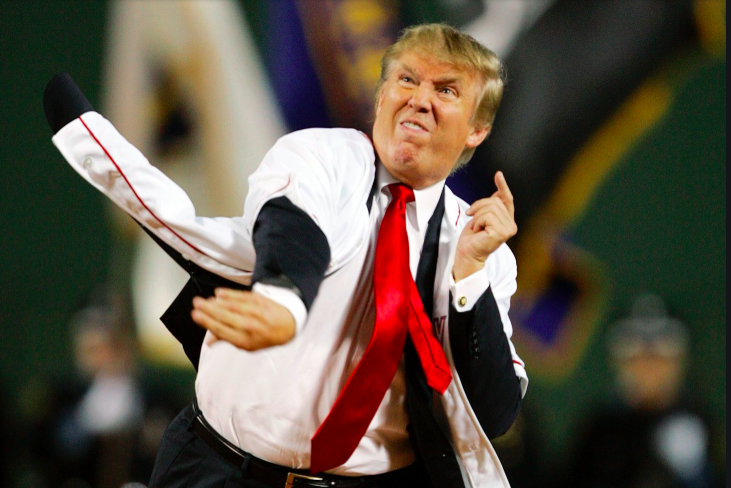 Republican presidential candidate Donald Trump is getting berated and teased on Twitter for an embarrassing split-second mistake that bizarrely roped in your Philadelphia Phillies.

On Tuesday, Trump (or whoever's running his Twitter these days) started typing out a message of condolence to the late conservative advocate Phyllis Schlafly, who died Monday at the age of 92. Without a quick proofread, the tweet was up and away.

RELATED: Trump back in Philly for Union League address on national security

The tweet was quickly deleted, but not before word got out that the Phils were in Trump's thoughts.

I saw Phillies Schlafly lose to the Mets once.

Phillies Schlafly!? Geez. I always wondered who was inside the Phanatic costume. @NncyRuth @ParkerMolloy @Phillies @MLB

To be fair to Trump, I live in Philadelphia, and the Phillies are having a very schlafly season.

Trump tweeted then deleted a tweet about "Phillies Schlafly,” and 2016 has welcomed us all back from the holiday weekend as only it can

Amazingly, this may be the most innocuous thing Trump has done in the past year. He dissed Philly's political leaders last week after a private visit with African-American voters and will be returning again on Wednesday for another private speech at The Union League of Philadelphia to discuss national security.