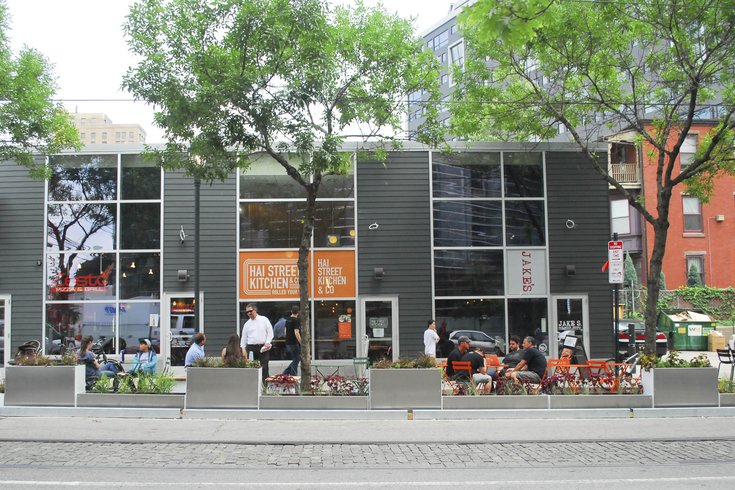 It's not quite a Guinness World Record, but it sure is impressive all the same.

University City District announced Thursday afternoon the installation of the city's longest parklet, measuring in at 60 feet long and 6 feet wide. The parklet, created by Shift Design, is located at 125 S. 40th St. in front of Hai Street Kitchen -- which, along with three other businesses on the block, requested the parklet in an effort to better reach the community.

The district's implementation of the super-sized parklet comes after further internal dissection of a 2013 study that reported on the positive economic impact of parklets in University City. University City District Capital Projects Manager Nate Hommel decided an even longer parklet than what already exists might boost local business even more and sparked dialogue with 40th Street businesses to make it happen.

The parklet features nine cafe tables, 18 chairs, three fixed benches, several planters and a decorative railing. As is the case with all parklets in Philadelphia, the installation will remain for public use until December.

PhillyVoice reported earlier this year about the "tactical urbanism" strategy behind implementing parklets in cities. Read the full story on that here.