A lack of access, not distrust, is a bigger obstacle to improving vaccination rates among African Americans, researchers say 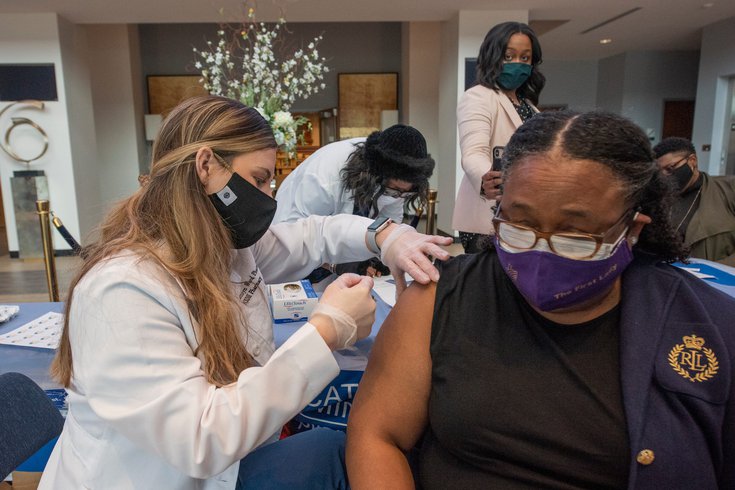 Black people expressed higher rates of vaccine hesitancy than white people when COVID-19 shots were first rolled out a little more than one year ago. But their hesitancy dropped faster in the months that followed, a new study shows.

The findings highlight the importance of avoiding assumptions about race-based viewpoints on health care, Ohio State University researchers said. It is more likely a lack of access — not just distrust or skepticism — that is preventing higher vaccination rates in Black communities.

"From the start of the vaccine rollout, we began to hear about how Black Americans were going to resist vaccinations," said study lead author Tasleem Padamsee, of Ohio State's College of Public Health. "Our study highlights that any emphasis on hesitance as the primary challenge to vaccination among Black Americans would be a mistake.

"We must not lose sight of the significant access barriers that persist, including distant vaccine sites, lack of transportation and inflexible work hours."

Changes in beliefs about the protections the vaccines offered were a significant factor in the reason vaccine hesitancy dropped among Black people, researchers said.

"The data suggest that Black communities were particularly focused on ways to protect themselves and their communities as more evidence emerged that vaccines were effective and safe," said Kelly Garrett, a communications professor at Ohio State.

The researchers noted that historical traumas, like the Tuskegee Syphilis Study and the unethical use of cancer cells from Henrietta Lacks, and institutionalized racism within the health care system provide context to understanding vaccine hesitancy in Black communities.

Padamsee, however, emphasized that they are not the only contributing factors.

"I expected that the same qualities that lead Black communities to be cautious about a new vaccine would lead them to accept the vaccine once they gathered more information," Padamsee said. "The unifying theme is protection. Black Americans want to protect themselves and their communities."

Since the beginning of the pandemic, Black people have been at higher risk of COVID-19 complications and death than whites. They also have been more likely to experience worse economic impacts.

Yet, the vaccination rate among Black people remains lower than white people, although the gap has narrowed, according to The Washington Post.

"While Black Americans' intention to get vaccinated has gone up, their actual vaccination rates haven't gone up as quickly," Garrett said. "That suggests that there are other obstacles to vaccination. We have good reason to think that has to do with access, something we must continue to work on."

As of Monday, the U.S. Centers for Disease Control and Prevention reports that about 210 million Americans have been fully vaccinated and almost 84 million have received a booster dose.

Viral transmission remains high across the country. There have been more than 70 million cases and 862,494 deaths since the pandemic began.

The study was published in the journal JAMA Network Open. It followed a group of about 1,200 Americans between late 2020 until last June.