These activities help young children recognize the people most likely to help them during times of distress, researchers say 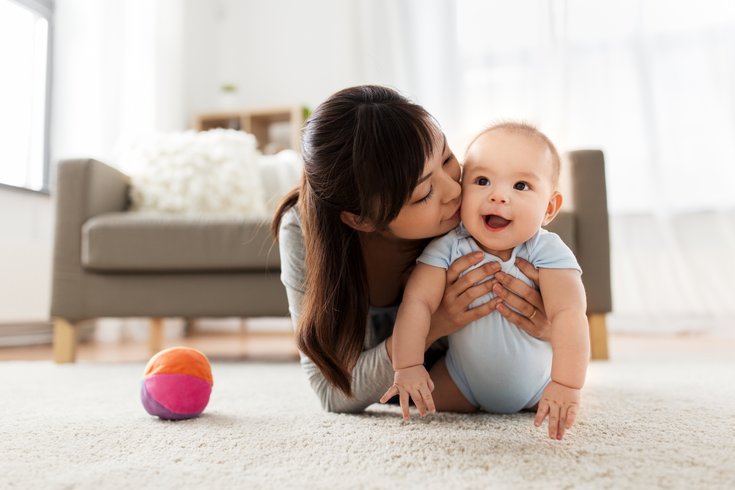 Babies use saliva-sharing activities like eating food and kissing to identify close relationships between people, according to a new study.

Kissing and sharing food are activities that people reserve for a certain level of intimacy. It's a distinction that people first make as babies, when they are just beginning to understand the social world around them.

These saliva-sharing activities help babies identify close relationships and recognize people they can depend on for assistance, according to a study published in the journal Science.

Babies expect people who engage in spit-swapping activities to help one another in a times of distress, the study found. But they don't hold other people to the same standard.

These findings suggest babies use kissing and food-sharing as cues to determine the people most likely to help them, according to neuroscientists from Massachusetts Institute of Technology and Harvard University.

"Babies don't know in advance which relationships are the close and morally-obligating ones, so they have to have some way of learning this by looking at what happens around them," said Rebecca Saxe, a neuroscientist at the MIT and the study's senior author.

The study found the same to be true of toddlers.

The researchers drew their conclusions by watching infants ages 8.5 to 10 months old and toddlers ages 16.5 to 18.5 months old react to a series of interactions between human actors and puppets.

One set of interactions featured a puppet sharing an orange slice with a woman and tossing a ball back and forth with another woman.

The puppet was then shown in distress while sitting between the two women. In that moment, the babies first looked toward the woman who had shared the orange slice with the puppet, and spent longer time focusing on her.

"They're looking in that direction because they expect something to happen there," MIT neuroscientist Ashley Thomas, the study's lead author, told NPR. "They expect that woman to be the one to respond to the puppet's distress."

The puppet was then swapped out for a different puppet that was crying. In that instance, the babies looked at both people equally because neither of them had shared a saliva-sharing experience with the new puppet, researchers said.

The actor was later shown upset while standing between the two puppets. The babies were more likely to look toward the purple puppet because they perceived it to have a closer relationship to the woman, the study found.

Additionally, children ages 5-7 who looked at cartoons were more likely to predict that saliva-sharing actions would happen with family members than with friends. But they expected toy-sharing to happened equally between the groups.

The study's experiments initially were conducted in-person before the COVID-19 pandemic. Later experiments were held over Zoom. The two periods produced similar results, confirming pandemic-related hygiene concerns did not alter the outcome.

"You might wonder, did kids start to think very differently about sharing saliva when suddenly everybody was talking about hygiene all the time?" Saxe said. "So, for that question, it's very useful that we had an initial data set collected before the pandemic."

The set of studies conducted over Zoom consisted of a wider, more diverse pool of participants because subjects did not have to be in-person to participate, researchers said.

Christine Fawcett, of the Uppsala Child and Baby Lab in Sweden, argued in an accompanying editorial that people are more willing to put aside their disgust for others' spit when it comes to close-knit relationships.

Fawcett said that the same premise applies to smells, citing a 2006 study that found parents are more likely to put up with the smell of their own children's dirty diapers than those of other children.

"It has been proposed that the emotion of disgust evolved to protect us from contamination, such as can occur when coming into contact with the bodily fluids of another person," Fawcett wrote, according to STAT News. "Yet taking care of an infant, for example, requires such contact, so we may have also evolved an exception to the rule: Those in our closest, thickest relationships do not elicit disgust in us, no matter the amount of drool or dirty diapers they produce."