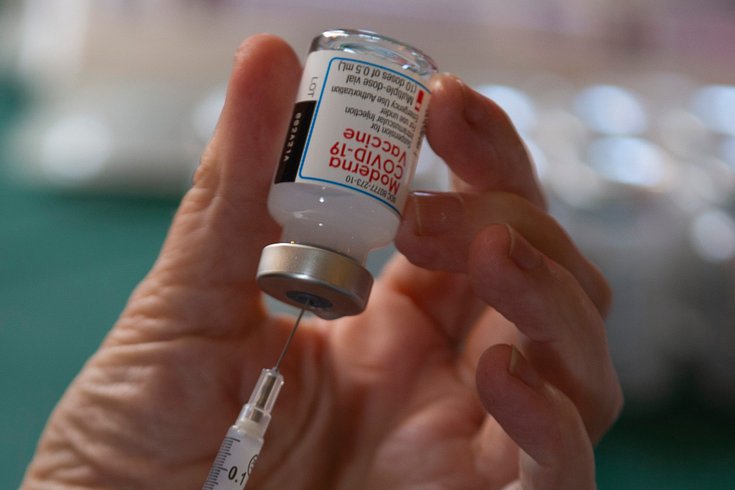 Vaccines led to New Jersey having 9.4 fewer COVID-19 deaths per 10,000 adults between Dec. 21 and May 9 — the second-biggest reduction in the United States.

COVID-19 vaccines saved an estimated 140,000 U.S. residents from dying of the coronavirus in the five months after the first shots were authorized, new research shows.

The rates of averted death varied greatly from state to state, even after adjusting for each state's population, according to the study, conducted by Indiana University and the RAND Corp. The average state recorded five fewer COVID-19 deaths per 10,000 adults.

This study, published in the journal Health Affairs is the first to estimate lives lost based on actual data from the country's vaccination rollout. Others have used findings from clinical trials.

"Even in the early stages of the vaccination rollout, when the number of fully vaccinated people was relatively low, we found vaccination had a huge impact on the number of lives saved," said Sumedha Gupta, an economics professor at Indiana University-Purdue University Indianapolis.

"This is a big public health concern that affects everyone, and by knowing the benefits of vaccination, we, as a society, are able to make informed decisions about vaccination campaigns and policies."

The study also estimated that 3.1 million COVID-19 cases were averted as of May 9. The researchers calculated that the reduction in COVID-19 deaths due to the vaccines resulted in an economic value of $625 billion to $1.4 trillion.

The states that are lagging behind in vaccinations must find ways to improve access and promote educational campaigns highlighting their benefits, Gupta said.

The researchers used state-level data from Bloomberg and The New York Times to create models to estimate the number of COVID-deaths among people age 16 and older that would have occurred in their absence between Dec. 21 and May 9.

They calculated the speed that each state reached the rates of 5, 10, 20, 40, 80 and 120 vaccine doses administered per 100 adults. They then used a regression-based approach to measure the association between vaccination rates and changes in COVID-19 deaths.