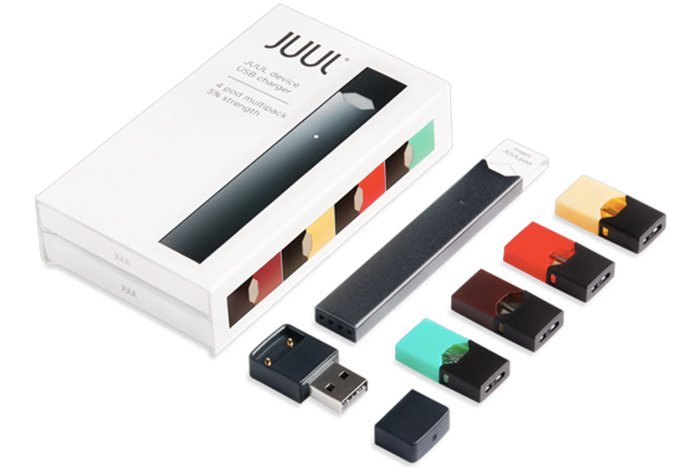 San Francisco is the first U.S. city to ban the sale and production of e-cigarette products, like the Juul pictured above, which have contributed to an epidemic in teen use of nicotine and tobacco products.

San Francisco legislators have officially banned the sale and delivery of e-cigarette products within city limits, putting the clamp on brands like Juul, which have contributed to a rise in nicotine use among teenagers.

The ban is the first of its kind in the United States, where various jurisdictions lately have sought measures to address the surge in popularity of vaping among young people.

The San Francisco measure is set to take effect seven months after the bill is signed by the city's mayor, which is expected to happen.

Under the new law in San Francisco, businesses will be barred from the sale, manufacturing and distribution of e-cigarette products on city property. E-cigarette products that do not have FDA-approved marketing — none of them currently do — also are covered under a second ordinance, according to The Huffington Post.

Both in-store and online purchases are covered by the legislation. Retailers who violate the ban will be fined $1,000 or face other penalties.

E-cigarette users who are over the age of 21 still will be allowed to vape in San Francisco. They'll just have to obtain e-cigarette products outside city limits.

The legislation comes as a blow to JUUL Labs, whose Juul product has captured about 70 percent of the U.S. vaping market. The company, which is based in San Francisco and purchased a new facility last week, said the ban will result in a black market and will fail to address underage vaping.

The  U.S. Centers for Disease Control & Prevention reported a 36 percent rise in teen use of tobacco products from 2017 to 2018, with e-cigarettes accounting for the highest usage among high school students.

Juul pledged earlier this year to initiate research into the public health effects of vaping, providing $7.5 million to Nashville’s Meharry Medical College for a study that will give researchers full autonomy to reach their conclusions.

Vaping has been credited as a relatively successful method of cigarette cessation among adults, particularly compared to other nicotine replacement therapies such as patches, gums and pharmaceutical products. Opponents of measures to restrict vaping argue that it may undercut efforts by adult cigarette smokers to quit the deadly habit.