Mike Whiter, 39, Marine veteran and student at the Art Institute of Philadelphia, is using photography to encourage alternative treatment for veterans care 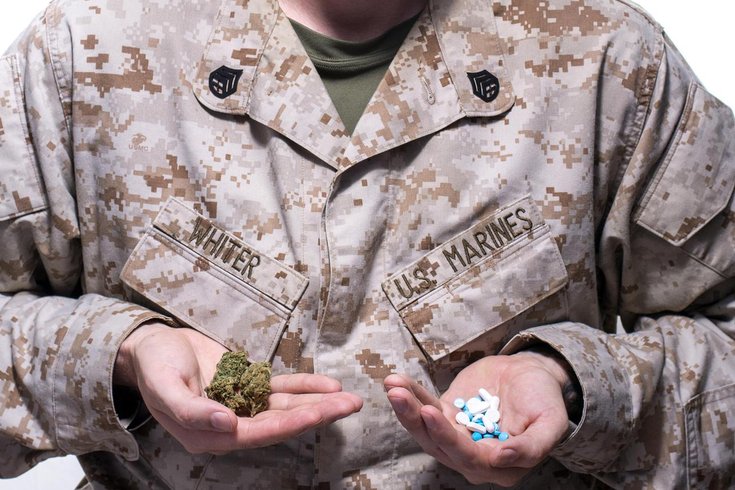 A local Marine veteran and Philadelphia photography student is using his camera to bring focus to the issue of overmedication of military veterans.

Mike Whiter, 39, a student at the Art Institute of Philadelphia, was medically discharged from service after being diagnosed with post-traumatic stress disorder during the Iraq War, he told NBC Philadelphia.

As a result of his diagnosis, he said he was prescribed approximately 40 medications within a five-year span, “everything from anti-depressants to anti-anxiety medication” as well as Methadone for chronic pain, he reported to NBC Philadelphia.

“I threw away my pills and my quality of life is better than it has been in years,” Marine veterans and photography student Mike Whiter told NBC.

“I threw away my pills and my quality of life is better than it has been in years,” Whiter told NBC. “I think it is very important to note that cannabis is not a cure for PTSD, but in combination with therapy, it can open a whole new world for you.”

Whiter made a special note that he's encouraging veterans to explore a variety of alternative medical treatment options in addition to medical marijuana, such as yoga, acupuncture and meditation.

So far, he said “Operation Overmed” has received a lot of positive attention and his hope is to continue to grow his audience and spread his message.