DJ Creato, the boy's dad, was formally charged Tuesday in connection with his son's alleged killing 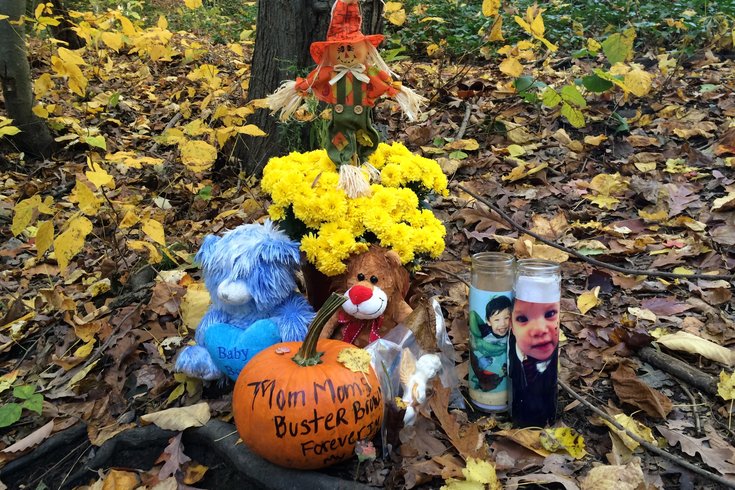 This memorial to Brendan Creato, 3, sits creek side deep in the woods off Vesper and Onida streets in Haddon Township. The boy went missing and was later found dead on Oct. 13.

In the homicides of children – like the case of 3-year-old Brendan Creato – the killers are generally people close to the victims and almost never strangers, according to William L. Fleisher, a retired federal agent and the founder of the Vidocq Society, which focuses on solving cold cases.

Mothers and grandparents are seldom murderers of children or grandchildren, Fleisher added.

But that’s not the case for fathers, according to Fleisher, a former Philadelphia police officer and private detective who runs a security and intelligence office in Philadelphia.

Fleisher does not have personal information about the Brendan Creato case but spoke from his long experience as an investigator during an interview with PhillyVoice last week, days before the boy's father, David "DJ" Creato Jr., was indicted, arrested and charged with his son's alleged murder.

Creato was taken into custody Monday afternoon in Washington Township and held at the Camden County Jail.

Solving a case begins with “eliminating the most obvious suspects,” which means those closest to the boy, said Fleisher, who lives in Cherry Hill, near where the child died.

He said it was always “highly unlikely” that Brendan Creato was harmed by a stranger. “I don’t think a mad killer was running around.”

During a 911 call to emergency dispatchers on Oct. 13, DJ Creato provided a benign story in a flat tone to an operator explaining that Brendan Creato had unlocked two locks in their second-floor apartment and let himself out – setting up an explanation for the disappearance and an alibi – rather than calling in an emotional plea for help, Fleisher said.

But there are other reasons the father became a focus for investigators.

Most importantly, there was no debris on Brendan Creato’s feet.

That finding indicates the child had not walked the half-mile from the apartment he shared with his dad in the dark of night, down an embankment, across a grassy field, through woods where leaves were already steadily dropping and finally to a muddy area near the stream.

When an NBC10 reporter broadcast six days later that the boy had been “placed” where he was found and also that authorities were reviewing water levels, the Camden County Prosecutor’s Office collected cellphones of its employees in an attempt to find out who had leaked the information.

Brendan Creato's body was found in a location where DJ Creato had taken the boy to many times before. A cellphone photo of the spot was found by investigators on DJ Creato’s cellphone, PhillyVoice has confirmed.

The chance that Brendan Creato let himself out of the apartment in the dark – several sources have described the child as being afraid of the dark – always were minuscule, Fleisher said, holding his thumb and forefinger together.

Fleisher also said the site where the body was recovered – near, but not in the river – indicates the intent was for the boy's body to be found, likely for a funeral, something that a stranger would not care about.