A Marple Township man faces criminal charges after prosecutors say he illegally voted for Donald Trump in the 2020 election using a mail-in ballot for his dead mother.

Bruce Bartman, 70, was charged Monday with unlawful voting and perjury following an investigation by the Delaware County District Attorney's Office.

Pennsylvania's Statewide Uniform Registry of Electors (SURE) system requires either a license plate number or the last four digits of a social security number to register to vote. The information can be submitted online in order to register and request documents such as mail-in and absentee ballots.

Bartman allegedly used an old driver's license number to request a mail-in ballot for his mother, who died 12 years ago. He was able to obtain the ballot and successfully cast a vote on her behalf.

"The system did what it was supposed to do, which was make a check to the PennDOT system, and for some reason, not only was it not caught as a voter registration for a deceased individual, in fact the system uploaded the information from PennDOT, including the signature," said Delaware County District Attorney Jack Stollsteimer.

Bartman also attempted to use the social security number of his deceased mother-in-law to obtain a mail-in ballot for her, but he was unable to do so after he allegedly falsified additional information requested by the state when it flagged the request.

Bartman told prosecutors he intended to vote for Republican Donald Trump on behalf of both deceased women.

"The only reason I am bringing that fact out here is because with all of the controversy swirling around this election, we are not prosecuting this case because of who he voted for," Stollsteimer said at a press briefing. "The team of investigators and prosecutors you see here are a mix of both Republicans and Democrats. It matters not a wit to us who he voted for, if he had voted for Joe Biden or written in Donald Duck or Micky Mouse, we would still be prosecuting this case."

Today District Attorney Jack Stollsteimer announced the filing of criminal charges against Bruce Bartman, 70, of Marple Township for illegally voting in place of his deceased mother in the November 3, 2020 General Election.

Trump lost the state of Pennsylvania and the presidential election to Democrat Joe Biden. He has refused to concede defeat, instead promoting claims of widespread voter fraud that have consistently been disproven and rejected by courts across the country. 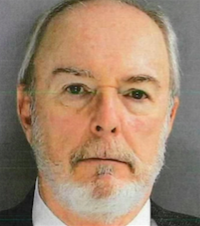 Trump and his allies filed at least 50 claims across the country that argued voter fraud caused by improper mail-in ballots, absentee ballots counted incorrectly, improper access for poll watchers, and foreign interference — all of which were denied.

Two separate lawsuits in Pennsylvania, including one that reached the Supreme Court, were rejected after no evidence of widespread fraud was discovered.

"For all the conspiracy theorists who may be out there watching, the case we are talking about today presents no evidence of widespread voter fraud," Stollsteimer said. "In fact, it is only evidence that one individual here in Delaware County was able to vote for a deceased person and he voted that person for Donald Trump."