Congress passes second COVID-19 relief bill: Who will get stimulus checks and when will they be mailed?

By Pat Ralph and Michael Tanenbaum 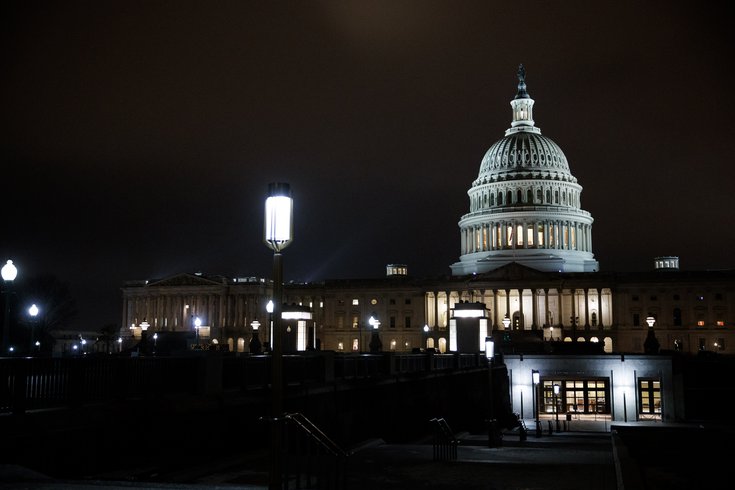 Congress passed the COVID-19 relief package on Monday night which will provide $600 stimulus checks to most Americans and supplemental unemployment benefits to those out of work due to the pandemic.

Congress passed a $908 billion economic relief package on Monday night, and Americans who qualify could start receiving stimulus checks as early as next week.

Stimulus payments – which again will arrive in the form of checks, prepaid debit cards and direct deposit – will be as much as $600 for most adults, which is half as much as the first relief package the U.S. House and Senate passed back in March. Additionally, families with children younger than 17 are eligible to receive $600 per child.

Individuals and couples who exceed those thresholds will receive less – for an individual it is about $5 less for every $100 more than $75,000, up to an income $99,000, at which point the person will receive no payment, Vox reported. For married couples the stimulus payments cut off at $198,000.

Parents will receive $600 for each of their dependent children, which is an increase of $100 from the previous relief package.

There are online calculators to help people determine how much money they are eligible to receive.

The House and Senate passed the stimulus bill just before the 116th Congress concluded its legislative session for the year. Next it goes to President Donald Trump, and the White House has said he will sign the bill.

The benefits and pandemic assistance programs created by the $2.2 trillion CARES Act passed in March expire at the end of December, which without this latest measure would have resulted in millions of Americans losing unemployment benefits and other protections.

"The size is smaller than I think most economists would expect, and it's missing some important components that maybe don't impact individuals directly," Hayes said. "The lack of state and local government aid is problematic because those are the sectors that have been impacted the most if you look at the employment numbers."

The Republican-controlled Senate and the Democratic-run House battled over the size of a second stimulus package for months. The House had pushed for a much more expensive package, initially passing a $3 trillion deal before scaling it down.

Hayes said the $600 stimulus checks are welcome, but their effectiveness in helping people and the economy and may be hard to gauge.

"It's definitely difficult to say how big of an effect this will be. There is sort of this confidence effect by having the stimulus bill passed," Hayes said. "I don't think $600 was based off of any evidence that that's the number that we need. It just came down to what was politically feasible."

Americans setup to receive their checks via direct deposit could start receiving payments as soon as next week, Bloomberg reported. Payments sent by mail might not be delivered until late January, but overall, the expectation is the process will be more streamlined than the first round. The IRS will use the addresses and bank information taxpayers provide in the spring for distribution of the payments.

The Pandemic Unemployment Assistance program, which helps cover gig and self-employed workers, and the Pandemic Emergency Unemployment Compensation, an extension that is available for those who have exhausted their benefits, will continue with this bill.

"We were in a situation where if the stimulus bill had not been passed, there would be people who would no longer receive unemployment benefits because it would be running out," Hayes said. The supplemental unemployment benefit is "better than nothing, but lower than most economists would advise."

The Paycheck Protection Program will be extended and provide about $284 billion in forgivable loans for businesses. It also will provide more funding opportunities for non-profits and news outlets, church and faith-based organizations, small businesses and non-chain restaurants.

Another $15 billion is allotted for independent movie theaters and cultural venues, and $20 billion in targeted grants through the Economic Injury Disaster Loans program will be given to businesses in low-income areas.

The lack of funding for states and local governments remains worrisome, Hayes said.

Under the previous CARES Act, state governments were allocated $110 billion and local governments received $29 billion. The funds were distributed based on population, with each state receiving at least $1.25 billion.

This time around, budgeting for the next fiscal year will be tight.

"For example, Medicaid is a huge budgetary item for state governments," Hayes said. "If you have people who now qualify for Medicaid because of losing a job, or their income has gone down below the threshold, that's again more pressure on expenses. Based on this stimulus bill, I don't think state and local governments are in good shape moving forward."

As for the possibility of a third stimulus bill in 2021, Hayes said that's unlikely unless the economy tanks further or the COVID-19 vaccine proves less effective than hoped, and the estimated timeframe for a national recovery is extended.

"I'd say it's doubtful, mostly because even if Democrats were to get control of the Senate, they would be dealing with a one-vote margin," Hayes said. "There's just a lot of resistance to another bill."