The adult film star said on Twitter that she's interested in participating in the implosion of the former casino and hotel. 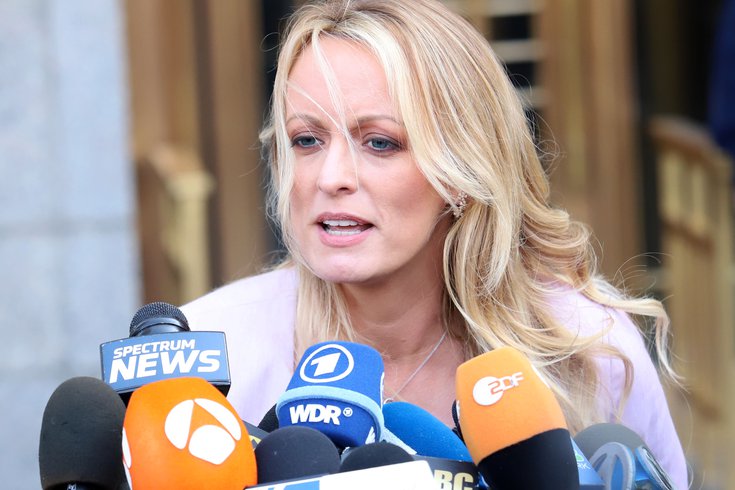 Stormy Daniels rose to prominence in 2018 when it was discovered that she and President Donald Trump had an affair in 2006, and that she had been paid $130,000 to keep quiet as he ran for the White House in 2016.

The Atlantic City building where the former Trump Plaza Hotel and Casino was located for 30 years is set to be demolished in early 2021, and a celebrity with personal ties to President Donald Trump is eager to press the detonate button.

A GoFundMe campaign has been launched to get adult film actress Stormy Daniels to do the honors of imploding one of Trump's former casinos that was located along the Jersey Shore.

The fundraiser, which was started by St. Louis resident Joe Bedell, is seeking to raise as much as $1 million. Since it was launched on Saturday, the GoFundMe campaign has raised $1,520.

If his bid is selected as the winner by Atlantic City officials and the local Boys & Girls Club chapter, Bedell said that he will nominate Daniels to press the detonate button and that whatever amount is raised via the fundraiser will be put toward the auction.

Win or lose, all money will be donated to charity, Bedell said. As of Sunday, the maximum bid entered into the auction was $30,000. Therefore, Bedell's GoFundMe will need to raise at least that amount and likely more to enter the auction.

See...? Dreams can come true! This will piss off Tiny so fucking much! And it's for charity...one he can't steal from. LOL! https://t.co/zQwddmL0CI

If she is unable to partake in the event, Bedell said that either he will do it himself or nominate someone else to do the honor.

Atlantic City officials announced on Thursday that they will be auctioning off the opportunity to press the detonate button to demolish the Trump Plaza Hotel and Casino, which operated along the boardwalk from 1984-2014.

The live auction will be held on Jan. 19, and all proceeds will be donated to the Boys & Girls Club of Atlantic City.

A company has been hired to begin soliciting bids over the next month, and the top bids will be revealed on Jan. 19 before the live auction determines the winner.

The city is hoping to raise at least $1 million through the fundraiser. Those interested in participating in the live auction can register here.

The Trump Plaza implosion originally was expected to take place on Jan. 29, but the process has been delayed until at least February due to safety reasons and weather.

The property where the president's former casino once stood has been closed since 2014. Now owned by billionaire investor Carl Icahn, the building has been empty for six years and has continued to deteriorate.

The need for its removal was expedited earlier this year when it was declared a public health hazard after debris flew off the building during heavy winds.