Wards Pastry, a fixture in Ocean City for 98 years, to close this month

Beloved for its scrapple pies, the family-owned bakery will turn off the ovens on Sept. 18 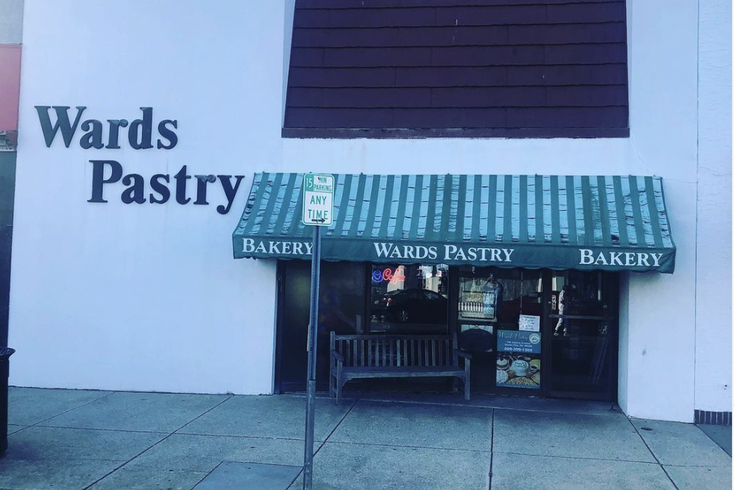 Wards Pastry has operated at 730 Asbury Avenue in Ocean City for nearly a century. The bakery will close for good on Sept. 18, 2022.

Wards Pastry, a favorite stop for baked goods in Ocean City, will close its doors for good this month after nearly a century selling donuts, pies and all kinds of other treats on Asbury Avenue.

The multigenerational, family-run business announced over the weekend that the bakery's last day of operation will be Sunday, Sept. 18.

"The Hohman family would like to thank everyone for choosing Wards Pastry to be part of their celebrations through all of these years," the bakery said on Instagram. "Thank you for all of your support!"

Wards Pastry has been run by Walter Hohman since 1988, when he took the business over from his father, Jan. The bakery originally opened in 1924 under different ownership, but Hohman's grandfather purchased the business in 1941 and kept the Wards name. Walter began pitching in there when he was 12 years old, and it's been the only job he's ever had.

In addition to its donuts, cookies, buns, cakes, breads and dessert pies, Wards Pastry became well-known for its scrapple pies over the last decade. Hohman was searching for a novelty pie that would be a hit with customers. A friend and food critic suggested that Hohman play to the Pennsylvania crowd that visits the Jersey Shore, so he developed a scrapple pie recipe with a streusel on top that has done ample justice to the preferred mystery meat of the Pennsylvania Dutch.

The Hohman family said Monday that the closure of Wards Pastry is a retirement decision after a long and successful run.

Many bakeries have been hit hard by the rising cost of flour, a good that puts businesses on edge when it becomes pricier and can't be stored for long in order to maintain quality in a bakery setting. Wheat-growing areas in North America have been particulalrly affected by bad weather this year, compounding the economic spillovers of rising fuel costs and Russia's war in Ukraine.

Private bakeries also have come under increasing competition from supermarkets and coffee shops that sell their own pastries.

Those who want to stop in to Wards Pastry for one last scrapple pie or another treat will have the rest of the week before Ocean City says goodbye to a beloved business.