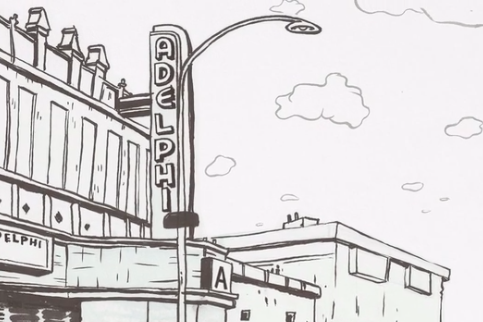 Hall & Oates tell the story of how they met.

Daryl Hall and John Oates will rock Philadelphia in just over a month for their inaugural HoagieNation Festival, a special stop in the midst of a North American tour that kicks off May 4.

With decades of hits and memorable tours behind them, Hall & Oates, now 70 and 69, respectively, are starting to look back on their career together.

RELATED ARTICLE: The Roots are creating an animated kids' series about South Philly

Oddly enough, it all started with a seemingly random episode of violence at their alma mater, Temple University.

In an animated video for Billboard, Hall & Oates narrate the brief story of how they met each other in the aftermath of a chaotic concert in North Philadelphia. Hall then played for The Temptones and Oates was a member of The Masters. They had been asked to lip-sync to their own singles, and here's what happened.

Oates' new memoir, "Change of Seasons," came out last month and is filled with other anecdotes collected in journals during the duo's rise to star status.

Tickets for HoagieNation Festival can be purchased here.