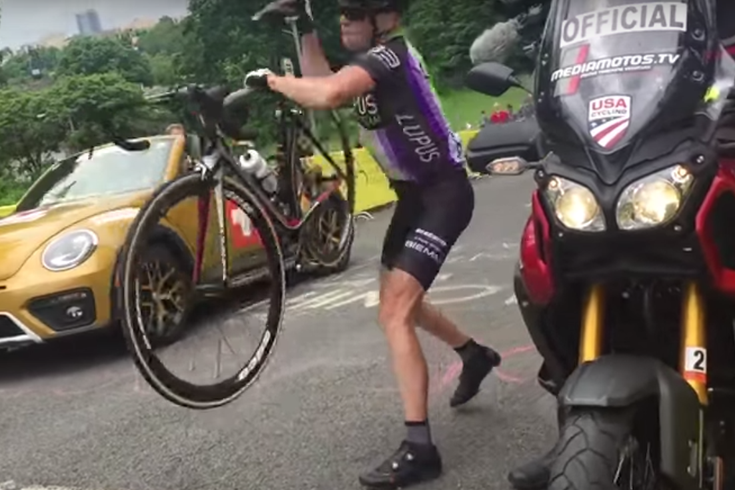 Athletes are known to take out their frustrations on inanimate objects from time to time — hockey sticks, sleeves, tablets, etc.

Professional cyclists, apparently, are no exception. At the Philadelphia International Cycling Classic in Roxborough on Sunday, accomplished racer Chris Horner took his bike and slammed it on the ground in the middle of the race.

According to the YouTube description of the video, Horner tossed his bike during the last lap of the race because of an issue with the bike's chain. You can vicariously release your own anger through Horner by watching the video below:

Hungering for more cyclist freak-out videos? Competitive cycling website VeloNews.com had a slow-motion GIF of Horner's throw and ranks it against several other throws in the "canon of angry bicycle abuse." You can check that out here.