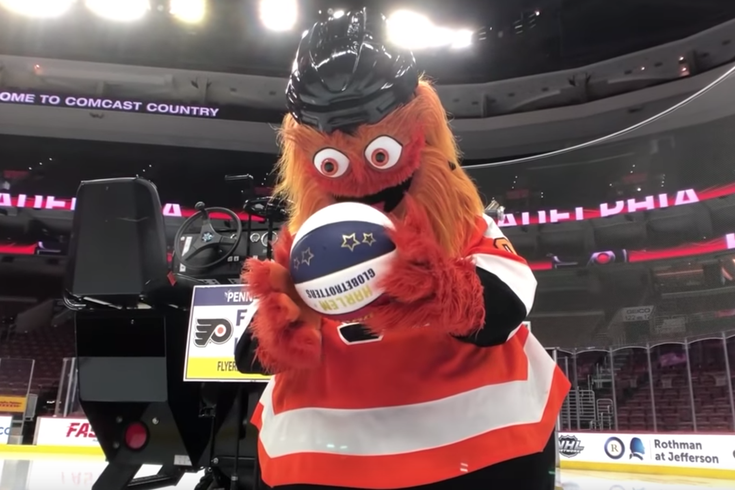 Gritty, pictured here probably thinking about taking a bite out of a basketball.

After his run-in with Lincoln Financial Field security over the weekend, Gritty is free and up to his usual shenanigans.

This time, he met the Harlem Globetrotters.

The interaction kicks off with Gritty pulling a basketball out of a freezer and bouncing it off his stomach, and things roll on from there:

A few no-look passes and dribble tricks later, including a Ben Simmons-esque dime from his Gritness, culminates in an over-the-head swish from on top of a zamboni.

Would it have been better if Gritty made the shot? Of course. Is it possible that, with a longer leash in the video, Gritty may have eaten the basketball? Absolutely.

The Globetrotters buried a shot from an airplane in New Jersey last year, but giving Gritty too much space is probably the most dangerous thing the crew could do.

All things considered, this is still a very good shot, because Gritty can do no wrong.