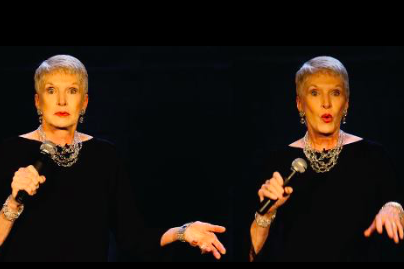 Remember when comedy was largely about knocking on doors and chickens crossing roads? For North Carolina comedienne Jeanne Robertson, those days are alive and kicking. In fact, they're perfect material for a Thursday Throwback — with a punchline at Philadelphia's expense.

Robertson is an award-winning humorist and professional speaker who appears daily on Sirius/XM Radio's Family Comedy Channels and has released a series of seven DVDs over the last 14 years. Standing 6'2'', she previously won Miss Congeniality in the Miss America Pageant (“Yearrrrrrrrrrrs ago") and claimed North Carolinian of the Year in 2001. She's got nearly 134,000 followers on Facebook, so she's pretty much a big deal.

On Thursday, Robertson decided to look back at one of her stand-up performances — time and place unknown — in which she did a routine on the run down condition of Philadelphia International Airport. As you can see from her Facebook post, people are loving it. How funny is it? You might laugh. The people there laughed. It definitely deserves a laugh track.

She'd rather see a giant waterslide come to Philadelphia than have everyone here get their hopes up only to have a politicized scheduling conflict interfere. Sometimes the creek don't rise.

Guaranteed, Jeanne would have a mind to cast a cattywampus glare at the cyclist who started a fuss with a SEPTA bus driver.

And sheesh, if Jeanne ever saw a dumpster out on the sidewalk of South Street, she might have an actual milk boy move it. Let's not get this confused: Do not mess with Jeanne.